Detainee tells human rights organisation that Mansoor is held in solitary confinement and spends most of his time in the darkness.

A former inmate of an Emirati prison where activist Ahmed Mansoor is detained has described the conditions the political prisoner is being held in.

Mansoor began serving a ten year prison term in 2018 for demanding peaceful reform in the UAE in a case widely condemned by human rights activists.

The activist, who won the Martin Ennals for his activism in 2015, ended a four-week hunger strike in April over the conditions of his imprisonment, which included an unofficial ban on family visits and solitary confinement.

A prison source, who chose to keep his identity a secret due to the risks involved, told the Gulf Centre for Human Rights (GCHR) that Mansoor was kept in “terrible conditions” and that he was “moving slowly” and appeared to be “very weak”.

Since ending his hunger strike, Mansoor has been allowed to see his family, according to the account.

A former prisoner, who also chose to hide his identity for the same reasons, told GCHR that Mansoor’s cell had no bed and no running water. His toilet was a hole in the ground, and that because of excessively bright lights fitted in the room, prisoners like Mansoor had asked for it to be turned off and spend the vast majority of the day in the darkness.

Prisoners in the Al Sadr prison, where Mansoor is being held, were routinely denied medical care, the source added.

Responding to the descriptions provided by the former inmate of Al Sadr, the International Campaign for Freedom in the UAE (ICFUAE) called for Mansoor’s immediate release from custody.

“We urge the Emirati authorities to treat (Mansoor) in line with the UN’s Standard Minimum Rules for the Treatment of Prisoners, which guarantees the provision of medical care and sanitary prison conditions,” a spokesperson said.

“To ensure this, it is imperative that international NGOs be allowed access to al-Sadr prison to visit Mansoor.”

In May, UN rights experts said that they were “gravely concerned” for Mansoor’s health and warned that his treatment “may constitute torture”.

GCHR's report comes amid international outrage over the death of former Egyptian President Mohamed Morsi. With many attributing his death to the poor conditions he was kept in.

The UAE was a key backer of the coup that overthrew Morsi in 2013. 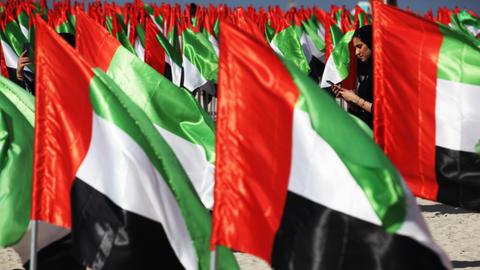