The episode of 'Patriot Act with Hasan Minhaj' probed Crown Prince Mohammed bin Salman's alleged complicity in the killing of journalist Jamal Khashoggi and Saudi's role in the war in Yemen.

Netflix has dropped an episode of Patriot Act with Hasan Minhaj that sharply criticised Saudi Arabia following a complaint that the kingdom made to the webstreaming service, the Financial Times reported on Tuesday.

The second episode of the web show shone the spotlight on Crown Prince Mohammed Bin Salman's (MBS) alleged part in the October 2 killing of journalist Jamal Khashoggi in Istanbul's Saudi Consulate, which tipped the kingdom into one of its worst crises.

The episode also highlighted Saudi Arabia's role in the war in Yemen - a conflict that has so far killed around 10,000 people since 2015 and pushed 14 million Yemenis to the brink of famine.

In the episode, Minhaj called for a reassessment of the United States' relationship with Saudi Arabia, branding the Yemen War “the biggest tragedy of the MBS era”. He also criticised Silicon Valley for "swimming in Saudi cash".

“We strongly support artistic freedom worldwide and only removed this episode in Saudi Arabia after we had received a valid legal request — and to comply with local law, ” Netflix said, in a statement to Financial Times,

Netflix is referring to Article 6 of Saudi Arabia's anti-cybercrime law that states that “production, preparation, transmission, or storage of material impinging on public order, religious values, public morals, and privacy, through the information network or computers” is a crime. This can be punishable by up to five years in prison and a fine reaching SR3m ($800,000).

Although the episode has been pulled from Netflix in Saudi Arabia, it can still be viewed on the show's YouTube channel. 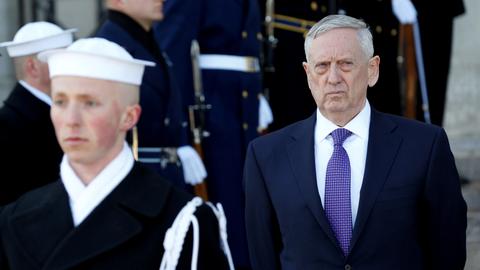