Jaish al Adl militant group claimed responsibility for the roadside bomb attack against Iran's revolutionary guards in which several others were also wounded.

Jaish al Adl militant group claimed responsibility for the attack, which came on the day of a US-led conference in Warsaw that included discussions on what America describes as Iran's malign influence across the wider Middle East.

The state-run IRNA news agency, citing what it described as an "informed source," reported the attack on the Guard in Iran's Sistan and Baluchistan province.

President Hassan Rouhani vowed revenge on Thursday against the "mercenary group" behind a suicide bombing which killed 27 people in southeastern Iran and accused the US and Israel of supporting "terrorism".

"We will certainly make this mercenary group pay for the blood of our martyrs," the official IRNA news agency quoted the Iranian president as saying in response to Wednesday's attack.

"The main root of terrorism in the region is America and Zionists, and some oil-producing countries in the region also financially support the terrorists," he added.

Rouhani was speaking at Tehran's Mehrabad Airport before leaving for the Russian resort of Sochi for a summit with his Russian and Turkish counterparts Vladimir Putin and Recep Tayyip Erdogan on the future of war-battered Syria.

Reacting to the suicide attack in Sistan-Baluchistan province, Revolutionary Guards commander Ali Fadavi was earlier quoted as saying by Fars news agency "our response in defence of the Islamic Revolution will not be limited to our borders... The enemies will receive a very firm response from the Revolutionary Guards like before."

According to the Iranian Students' News Agency (ISNA), Iranian Vice President Eshaq Jahangiri said the attack will lead the Iranian Republic to wage an "unrelenting battle against terrorism."

"This incident will not damage the resolute will of the people in defending the Islamic revolution and the national resolve for an unrelenting battle against terrorism will become more resolute than ever," he said, according to ISNA.

"The self-sacrificing military and intelligence children of the people of Iran will take revenge for the blood of the martyrs of this incident," Qassemi said, according to Fars.

Iran’s Foreign Minister Javad Zarif took Twitter: “Is it no coincidence that Iran is hit by terror on the very day that #WarsawCircus begins?”

“Especially when cohorts of same terrorists cheer it from Warsaw streets & support it with Twitter bots? US seems to always make the same wrong choices, but expect different results,” Zarif added.

Is it no coincidence that Iran is hit by terror on the very day that #WarsawCircus begins? Especially when cohorts of same terrorists cheer it from Warsaw streets & support it with twitter bots? US seems to always make the same wrong choices, but expect different results.

Zarif earlier predicted the Warsaw summit would not be productive for the US.

"I believe it's dead on arrival or dead before arrival," he said at a news conference before the bombing.

"It is another attempt by the United States to pursue an obsession with Iran that is not well-founded," Zarif said.

The province, which lies on a major opium trafficking route, has seen occasional clashes between Iranian forces and Baluch separatists, as well as drug traffickers.

The Guard is a major economic and military power in Iran, answerable only to the country's supreme leader, Ayatollah Ali Khamenei.

While Iran has been enmeshed in the wars engulfing Syria and neighbouring Iraq, it largely has avoided the bloodshed plaguing the region. In 2009, more than 40 people, including six Guard commanders, were killed in a suicide attack in Sistan and Baluchistan province.

A coordinated June 7, 2017 Daesh group assault on parliament and the shrine of Ayatollah Ruhollah Khomeini, the leader of Iran's 1979 Revolution, killed at least 18 people and wounded more than 50.

And most recently, an attack on a military parade in September in Iran's oil-rich southwest killed over 20 and wounded over 60. 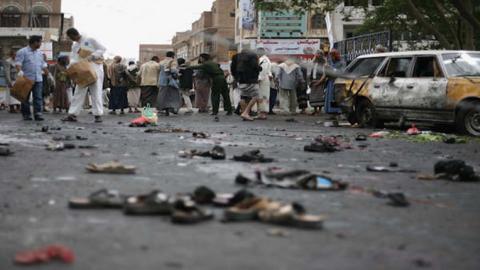 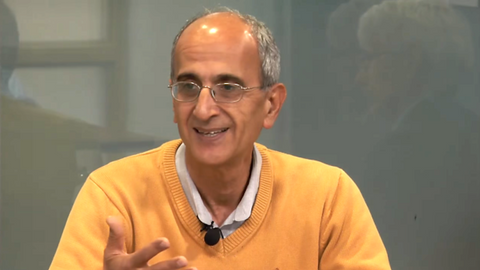 Iranian-Canadian dies in custody in Tehran after crackdown