The ICJ ruling allows Qatar to challenge airspace restrictions imposed by Saudi Arabia, the UAE, Bahrain and Egypt over three years ago, before UN body The International Civil Aviation Organization.

Qatar has won a legal battle in its efforts to end a long-running aviation boycott by Arab neighbours when the United Nations’ highest court ruled in its favour in a procedural dispute linked to the boycott on Tuesday.

The International Court of Justice (ICJ) rejected an appeal by Bahrain, Egypt, Saudi Arabia and the United Arab Emirates of a June 2018 decision by the International Civil Aviation Organization (ICAO) to dismiss the countries’ challenge to its jurisdiction to rule in the aviation dispute.

The ruling clears the way for the ICAO to be able to rule in Qatar’s case, filed in October 2017, claiming the boycott breached an international convention governing international aviation.

"We welcome today's decision by the ICJ that will see the blockading states finally face justice for violating international aviation rules," he said

“We are confident that the ICAO will ultimately find these actions unlawful,” he added. "This is the latest in a series of rulings that expose the Blockading Countries’ continued disregard for international law and due process. Step by step their arguments are being dismantled, and Qatar’s position vindicated.”

Reacting to Tuesday's decision, the UAE said it "will now put its legal case to the ICAO supporting the right to close its airspace to Qatari aircraft".

"The ICJ's decision was technical and limited to procedural issues and jurisdiction to address the dispute; it did not consider the merits of the case," the UAE said in a statement.

Egypt, Bahrain, Saudi Arabia and the United Arab Emirates cut ties with Qatar in the summer of 2017.

They also launched an economic boycott, stopping Qatar Airways flights from using their airspace, closing off the small country’s sole land border with Saudi Arabia and blocking its ships from using their ports.

READ MORE: Why Qatar is at risk with heightened US-Iran tensions

Meanwhile, Saudi Arabia’s General Authority for Competition (GAC) said it had permanently cancelled the licence of Qatari broadcaster beIN Sports, which has been barred from broadcasting in the kingdom since mid-2017 due to a dispute with Qatar.

GAC said in a statement on its website and carried by state television that it was also fining beIN Sports $2.7 million for alleged “monopolistic practices”.

There was no immediate comment from Qatari authorities or beIN, which holds regional broadcasting rights for several major global sporting events and entertainment shows.

The broadcaster was initially blocked in Saudi Arabia under a boycott imposed during the 2017 boycott.

GAC said it found beIN Sports had “abused its dominant position through several monopolistic practices” related to what it described as an exclusive sports broadcast bundle for the 2016 UEFA European Championship soccer matches.

In 2018, Qatar filed a complaint with the World Trade Organization (WTO), saying Saudi Arabia was blocking beIN from broadcasting in the kingdom and said it had refused to take effective action against alleged piracy of beIN’s content by beoutQ, a commercial-scale pirating operation.

A WTO panel last month found that Saudi Arabia had breached global rules on intellectual property rights by failing to prosecute beoutQ, while supporting Saudi Arabia’s view that it could block the Qatari broadcaster from obtaining legal counsel in the kingdom on grounds of national security. 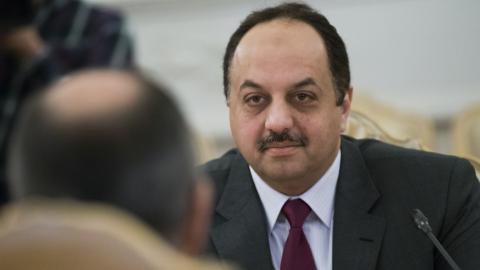