1
France’s attempt to become Iraq’s ‘benevolent saviour’ could backfire
2
After escalation in Idlib, what’s next for Turkey-Russia relations?
3
AUKUS pact: France needs to accept new reality if it wants to compete
4
AUKUS puts pressure on Gulf countries trying to balance US and China
5
Can Saied's plan cure Tunisia's problems?

After the relative calm in Idlib, the lack of a political settlement could mean more fighting is on the way. This is what it might look like.

Turkish and Russian delegations have reportedly not reached an agreement over the situation in Idlib, and many are speculating over a potential new military offensive by the Assad regime supported by Russia against the last opposition stronghold in Syria. These speculations were only further fueled by Russian airstrikes and by continuing regime reinforcements to the frontlines in Idlib.

After the relative calm in the province due to the Turkish—Russian deal on March 5, is another round of fighting on the horizon and what would it look like after the massive Turkish deployment to Idlib?

During the last clashes between regime forces and the Syrian opposition, the former managed to make significant territorial advance but suffered casualties due to hit and run tactics employed by the Syrian opposition and the use of anti-tank guided missiles supplied by Turkey.

When the regime was on the verge of capturing Idlib city and the risk of a new refugee flow was in the making as 1 million civilians already started fleeing, the regime air force targeted 34 Turkish soldiers stationed in Idlib and tried to prevent a further push by the regime into Idlib. This act of provocation led to Operation Spring Shield in which Turkish armed drones Bayraktar TB2 and ANKA-S, Turkish artillery, and the Turkish F-16 jets from within Turkish territory destroyed 151 tanks, 47 howitzers, two vehicles, three aeroplanes, eight helicopters, three drones, eight air defence systems, fifty-two multiple rocket launchers, 12 anti-tanks, 24 armoured vehicles, 27 armoured combat vehicles, 34 armoured pick-ups, and four mortars in a short period.

Since then, the Turkish army has managed to enforce an air denial to the Assad regime over Idlib's skies by proving to be able to shoot down regime fighter jets without entering Syrian airspace which is protected by the Russian S-400 air defense systems and by deploying its air defense systems into Idlib.

While the Atilgan and Hawks systems are effective against low-attitude and mid-attitude targets, high-attitude targets are being dealt with the joint use of AWACS and F-16 fighter jets. Ergo, since Operation Spring Shield, not one regime air vehicle was able to enter the airspace over Idlib.

In a new round of fighting, the regime forces that are used to fighting with air superiority and close-air-support will rely solely on the air force of Russia deployed at the Humeimin airbase in Latakia.

Although the Russians are capable of providing the necessary air-support alone for a new offensive in Idlib, the new situation comes with huge political risks. Contrary to the previous round of fighting, Turkish soldiers have entrenched themselves and have built a strong presence along the frontlines.

Each Russian airstrike during the chaos of combat will risk targeting Turkish soldiers which might evolve into a very big diplomatic and political escalation with Turkey and the Russians will not be able to blame the Assad regime for the attack.

Therefore, in a hypothetical new round of escalation, the Russians will be forced to use deconfliction mechanisms with Turkey and keep the utmost care to not harm Turkish soldiers. Such an approach will force the Assad regime to rely on its infantry, a precedent in the Syrian war since 2011.

Ground combat in Idlib without the extensive use of airforce will cause huge casualties for the regime forces which can only be sustained with heavy reinforcements by Iranian-backed Shia militias. In turn, this will boost Iran vis-a-vis Russia in Syria which is an outcome Russia would like to avoid.

Another point to consider is that the Syrian opposition has used the last six months wisely. Recruits were trained, defence lines were built, new weapons supplies were stored and distributed, the fighters were reorganised, and most importantly, Turkey has started a train & equip program for the Syrian National Army in Idlib. Pro-Turkish fighters were trained by the Turkish army and supplied with new equipment and weapons.

In the case of a new regime operation into Idlib, the Syrian opposition in Idlib will be prepared, well-supplied, and fresh to combat the regime. While the regime does have Iranian-backed militias the Syrian National Army has plenty of battle-hardened fighters waiting in Afrin, Azaz, Al Bab, Tal Abyad, and Ras Al Ayn to join the fighting.

Another major implication for the Assad regime would be the use of Turkish armed drones. As proven last time around, Russian-produced air defence systems are incapable of detecting Turkish drones when electronic warfare systems by Turkey are activated. Turkish drones would be enough to balance the cautious Russian airstrikes. From the perspective of the Syrian opposition, they would fight against fewer airstrikes than before and the regime would find itself within a new dynamic.

The new dynamics of a potential war in Idlib will result in huge casualties for the Assad regime and the best the regime could hope for would be a pyrrhic victory and decimated armed units in exchange for limited territorial gains. However, the Assad regime has always used the option of targeting civilians which can create chaos and tip the balance of power in favour of the regime, but due to the air denial by Turkey imposed against the Assad regime, it would be Russia alone who has to target civilians.

Experience shows that Moscow has little issue with targeting civilians but such a strategy would be seen as a direct attack on Turkey’s security by Ankara.

In short, the risks and costs of another attack by the Assad regime supported by Russia in Idlib are very high, but a military operation is not impossible. However, the gains from such an attack seem limited and Russia should think twice if Idlib is worth these risks and costs.

Moscow would be better advised to cooperate with Ankara and achieve its goals via this cooperation, but to motivate Turkey to bear the costs of solving the problems of radicals in Idlib faster than the current approach, Russia has to provide on its side and implement the deals with Turkey. Signed memorandums with Turkey foresee the cleansing of the YPG, the Syrian arm of the PKK, from Tal Rifaat, Manbij, and 32km south of the Turkish-Syrian border. 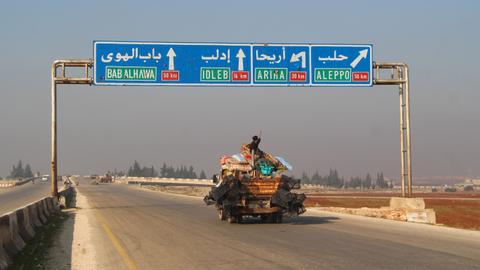 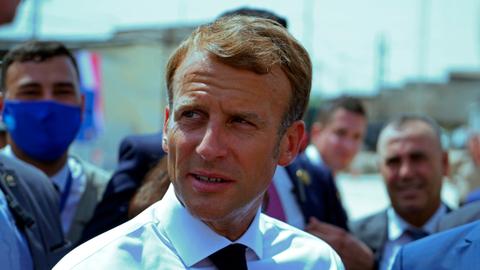 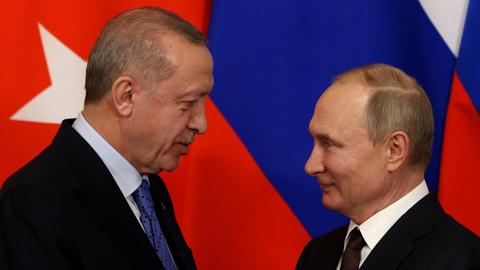 1
France’s attempt to become Iraq’s ‘benevolent saviour’ could backfire
2
After escalation in Idlib, what’s next for Turkey-Russia relations?
3
AUKUS pact: France needs to accept new reality if it wants to compete
4
AUKUS puts pressure on Gulf countries trying to balance US and China
5
Can Saied's plan cure Tunisia's problems?