The latest Armenia-Azerbaijan clashes are no coincidence

1
Do the Gulf monarchies want Trump or Biden?
2
Catastrophe and colonial nostalgia in Beirut
3
Qatar’s Iran policy is pragmatic, not idealistic
4
Turkey and Malta are increasing cooperation to bring stability to Libya
5
Macron is no saviour, he is helping to reinforce the status quo in Lebanon

The fact that the clashes are taking place at an internationally recognised border holds points towards the motives behind Armenia's aggression.

The 26-year ceasefire agreement on the Armenia-Azerbaijan conflict has not ensured peace, and a new clash has emerged. This time, the clash is on the Azerbaijan-Armenia state border, not in the occupied territories of Azerbaijan (Nagorno-Karabakh region and surrounding districts).

The clashes, in their third day now, in the Tavush district at the Azerbaijan-Armenia state border have resulted in the deaths of military personnel on both sides.

According to Azerbaijan’s Ministry of Defense, Armenia’s armed forces suddenly attacked their military positions in Tavush with mortars and howitzers. In response, the Azerbaijani army retaliated by destroying important military facilities in Armenia on the border using Turkish-made TB2 drones.

What's intriguing is that the latest clash is different to the one that took place in April 2016 at the line of contact in the occupied territories of Azerbaijan. Today we are seeing a different breed of conflict taking place on the accepted state border which has the potential to descend into a wider conflict.

In recent years, even if there was no active armed conflict between the two parties, there was constant diplomatic arm wrestling.

The main reason for this tension has been the failure of diplomatic negotiations in the framework of the OSCE Minsk Group co-chair. There was significant progress in negotiations between the two sides in 2019 which included a mutual visit of journalists, the establishing of a direct communication line between the two states and people to people initiatives.

However, Armenia's refusal to withdraw its military forces from the internationally recognised territories of Azerbaijan and its efforts to change the format of diplomatic negotiations caused a deep mistrust in negotiations. Armenia is satisfied with the stalled negotiations within the framework of the Minsk Group as this allows Armenia to continue with the status-quo.

The last video conference held between Azerbaijan’s and Armenia’s Foreign Ministers Elmar Mammadyarov and Zohrab Mnatsakanyan respectively was to discuss the public health situation in the region, current dynamics in the Armenia-Azerbaijan conflict and the next steps for  a resolution.

After the meeting, Minsk Group co-chairs made a boilerplate statement about the general principles of negotiation process. However, Azerbaijan’s President Ilham Aliyev stated that the negotiations were meaningless and that the OSCE Minsk Group should put pressure on Armenia to end its occupation of Azerbaijan’s territories.

On the other hand, the Azerbaijani army has lowered morale within the Armenian army through its military gains. Several significant strategic heights have been taken back by the Azerbaijani Army in several directions from the frontline in recent years (notably in April 2016).

Armenia's current prime minister Niko Pashinyan vowed to create a new atmosphere in the military as well as in the political arena. Seemingly, in order to achieve this, a new attack was needed. Armenia's new Defense Minister Davit Tonoyan, who previously said “new territories in the event of a new war” during previous clashes, threatened Azerbaijan with the invasion of “new advantageous positions” in a newer statement.

Armenia thought that this time it would receive support from its allies unlike the 2016 April war. This would also boost the new government’s reputation among the public. With the current clashes Armenia is attempting to draw in the Collective Security Treaty Organization (CSTO) into the South Caucasus region.

The statements voiced from Azerbaijan’s Presidential Administration and Ministry of Foreign Affairs also play to this point. Right after the incident, the Armenian foreign minister made a phone call to the CSTO’s Secretary General, after which the alliance decided to hold an extraordinary meeting on 13 July, but then postponed it to an unspecified date.

Later on, the CSTO Secretary General made a statement and invited the parties to remain calm. That is to say, Armenia could not receive the support it expected from its allies, again. This is in part due to the fact that Azerbaijan has improved relations with CSTO members states - Russia, Belarus, Kazakhstan, Kyrgyzstan.

In addition, Turkey (Azerbaijan's key ally), Pakistan and Ukraine made statements supporting Azerbaijan’s territorial integrity. The statement from Turkey’s Ministry of Foreign Affairs strongly condemned the Armenian attacks. Turkey says that Armenia is using the event as an attempt to distract the international community's attention from Armenia’s continued illegal occupation of Azerbaijan’s territories.

Some Turkish experts believe that there is a link between the Libya operations, the recent Hagia Sophia decision and the conflict at the Armenia- Azerbaijan border. Furthermore, Tavush is a geographical connection point in the Azerbaijan-Georgia-Turkey triangle. This region is not far from the Baku-Tbilisi-Ceyhan oil pipeline, Baku-Tbilisi-Kars railway and Southern Gas Corridor.

Turkey’s President Recep Tayyip Erdogan supported Azerbaijan and said that the attack is beyond Armenia’s capacity, which means someone must have encouraged Armenia to attack Azerbaijan. Dr Cavid Veliyev is the Head of department Center of Analysis of International Relations (Baku).

The human cost of India's Baglihar dam in disputed Kashmir 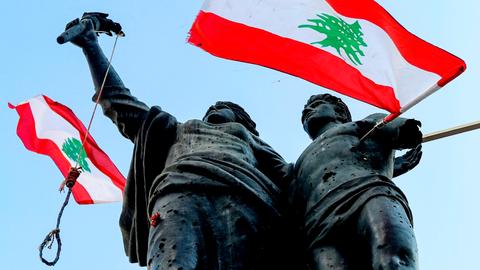 Catastrophe and colonial nostalgia in Beirut

Macron is no saviour, he is helping to reinforce the status quo in Lebanon

1
Do the Gulf monarchies want Trump or Biden?
2
Catastrophe and colonial nostalgia in Beirut
3
Qatar’s Iran policy is pragmatic, not idealistic
4
Turkey and Malta are increasing cooperation to bring stability to Libya
5
Macron is no saviour, he is helping to reinforce the status quo in Lebanon