A poster boy of India's right-wing parties aims to placate the political forces by raising uninformed criticism of the holy text.

In an act of political buffoonery, Waseem Rizvi, the former chairman of the Shia Waqf Board in the north Indian State of Uttar Pradesh, called for the removal of “26 verses” of violence from the Quran, a historical text that serves as the sacred canon for a community of 1.8 billion people, across the sectarian divide.

Rizvi’s remarks can be seen from two interrelated frameworks – firstly, from a global perspective, his petition feeds into rising Islamophobia, and secondly, from the domestic lens, his statement about the Quran must be seen in continuity with his politics, as a calculated move that endangers fellow Muslims in a communally polarised society in India.

A poster boy of the right-wing political dispensation that props him up from time to time, Rizvi has made similarly denigrating remarks about the community in the past when he held the chairman position - and this time he has also come under fire from the Shia community for his remarks.

On one occasion, he equated madrassas with ‘factories of terror’, urging the prime minister to shut down madrassas, on the other hand, he commented that Muslims reproduce like animals, advising the government to implement laws for population control.

Controversy’s child, Rizvi’s latest irresponsible remarks have outraged the Muslim community, leading them into huge protests across the country – from Kargil to New Delhi to down south in Hyderabad, where he has been booked for making hateful statements.

While the community is flaring up with anger, it is important to highlight the fallacies that lie within the petition filed by Rizvi in the Supreme Court seeking the removal of Quranic verses that promote violence. There are multiple problems in his fundamentally misplaced proposition. By giving this preposterous suggestion to a community as diverse as the cultures and societies where it is located and practiced, Rizvi is casting aspersions on the message of the Quran – that is, in its essence, a message of egalitarianism and social justice that first gained traction among those who lived on the periphery of the deeply hierarchical tribal society of Mecca.

However, this doesn’t mean that the Quran is without verses on war. Much like other sacred texts across religions, including Judaism, Christianity and others, God in the Quran is multivocal, which makes the text ambiguous to a certain degree.

This ambiguity opens up infinite possibilities that lie at the heart of the interpretative approach, making its voice sound different at different junctures in the Quran – there is a voice of compassion, mercy and forgiveness that coexists with the other voice of anger and wrath.

Despite the equivocality of the text, one must remember that it is a tricky terrain as there are several instances where such a sensitive subject has been held hostage in the past.

It is no surprise or shock for a scholar of religion, to find passages of violence and war in religious texts, including the Quran.

The question that becomes important is what we do with such passages – remove as Rizvi absurdly suggests, reinterpret with emphasis on the social context; or give a renewed thrust to the verses that deal with aspects of compassion and humanity?

There are multiple ways of treating so-called ‘problematic’ verses in the text – however, the method suggested by Rizvi is not only inconceivable but impractical at a very basic level of religious authority and legitimacy. Given the absence of a central religious authority in (Sunni) Islam, unlike Christianity, where the papal authority is infallible, who is Rizvi looking at while prescribing a change like this?

The very first challenge that one is likely to face, even if one was to consider his suggestion about the removal of these verses, is the question of authority, legitimacy and enforcement. Who, according to Rizvi, has the legitimate authority in Islam today to undertake such a task?

Is Rizvi invoking the idea of the Caliphate – that in 650 AD under the caliph of that time, Uthman ibn Affan, commissioned the codification of the Qur’an, which happened 18 years after the death of the Prophet Muhammad. This final version came to be known as the Uthmanic codex which became the canonical text for both Sunnis and the Shias alike, though the interpretations vary among the two sects as well as among the four schools of Sunni Islam.

These variations and divergences of interpretations have emerged to becomes a strength of Islam. The plurality of law and people; and the non-binding nature of the law makes the faith more flexible and adaptable. If we look at traditional Islamic doctrine, this plurality becomes clearer as it allows a believer to change schools at will, depending upon the most suitable interpretation.

For instance, a judge operating within the Hanafi school of the progressive society of Ottoman Turkey could adopt views of another school and also send the case to a judge from another school. There has always been room for free interpretation of texts within the Islamic tradition that lays emphasis on individual action or amal, implying that a person cannot be held accountable for the actions or views of others.

Apart from the relatively liberal traditions of Ottoman Turkey in the 18th and 19th century, there existed simultaneously a literalist interpretation of the Quran that was established by the Hanbali school, which was applied to conservative societies like that of the Bedouin tribal society of Saudi Arabia.

It is in this plurality of interpretations and absence of religious authority in Islam that there is always a possibility of reinterpretation – a doctrinaire possibility that Rizvi chooses to ignore and underplay, clearly for political reasons.

The statement made by Rizvi demonstrates his characteristic insensitivity and lack of knowledge about a subject like the Quran that is very dense, multilayered and requires prodigious command to raise questions about it, let alone calling for the removal of the verses. More than raising doubts about the Quran, which is a very complex text, the remarks made by Rizvi certainly raise doubt about his politics that aims to placate the right on the political spectrum.

What is unfortunate in this entire episode is that Rizvi, in his desperation to seek political mileage, has brought the focus on the Muslim ‘other’ – branding them, with his usual tropes, as easy suspects to violence.

In the politically polarised environment of today, what Waseem Rizvi’s petition does is to erode the social capital built by a Muslim compatriot in a Hindu-majority country, recasting them as potential terrorists simply because Quran is their sacred scripture. 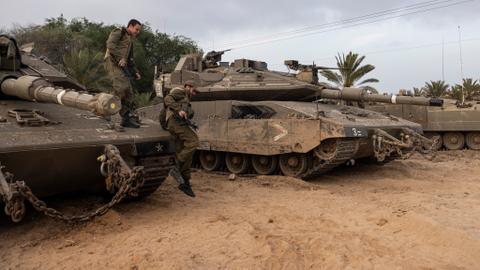