What does a temple tell us about Pakistan’s vision of nationhood?

As Pakistan celebrates 73 years of independence from British colonial rule, a seemingly minor dispute regarding the construction of a Hindu temple is asking thorny questions about what the nation’s raison d'etre truly is.

Most people understand Pakistan to be a homogenously Muslim nation. But the reality is that Pakistan is a fragmented, polarised society where it is very difficult to forge a consensus on any one issue.

Like most decolonised countries, Pakistan had to face the difficult problem of nation building around artificially constructed borders. Leaders hastily espoused an Islamic identity to unify a heterogeneous population; an expedient means of establishing some kind of social cohesion.

However, it was exclusionary and untested.

Last month, the administrative delay of the construction of a Hindu temple in the capital city of Islamabad has again put a spotlight on the issue of minority rights in Pakistan — and specifically the place of Hindus within the broader collective.

As the state’s Council of Islamic Ideology considers the matter, it’s worth revisiting the history and actions that have stifled the development of an inclusive Pakistani national identity that could have managed the expression of difference without intolerant public furor.

In light of the preconditions at the time of its birth, the task of nation-building in Pakistan was ominous. One question had to be settled at the very beginning and seems to never have been answered definitively: On what grounds was a distinct Pakistani identity to be founded?

Danish Kaneria was not Pakistan’s first Hindu cricketer, but his religious convictions didn’t matter to the legions of sports fans who roared for anyone wearing the country’s characteristic green jersey. To compete in it signified an allegiance that went beyond the vicissitudes of identitarian bigotry in Pakistan.

He was certainly ‘othered’ in a way that would appear strange to secular Western eyes, but the long-standing presence of his community in Pakistani life was widely understood. Minorities were explicitly incorporated into the fabric of the state at its founding, symbolised by the white stripe on the nation’s flag.

Pakistan is remarkable for coming into being virtually overnight through its own assertion that the Muslims of South Asia were a nation separate from the region’s Hindu masses. Since antiquity, people have similarly created whole polities to make a point about who they are and, importantly, how they are different from others.

Sociologists and political scientists who have studied nationalism are divided on the question of what unifies a nation-state. Different governments have to contend with different kinds of identity problems, each having a number of policy instruments at their disposal to form, manipulate, and strengthen national identity.

A defining characteristic of illiberal societies is a limitation on access to power to certain categories of people, and is more likely to occur when national identity is based on ethnicity or religion.

At independence, Pakistan consisted of two linguistically distinct territories separated by thousands of kilometers and no history of unity.

The Pakistani establishment chose to disregard differences in deeming religious ideology sufficient to bind the nation. Their imagined political community fractured with the separation of East Pakistan in 1971, but policymakers did not reform this failed vision.

The first constitution of Pakistan was not adopted until 1956, and included fundamental rights for all citizens irrespective of religion. Within two years, it was abrogated, and the first martial law regime was instituted. A second constitution was adopted in 1962; after the succession of Bangladesh and destabilisation of its federalist system, it was replaced by the 1973 Constitution that is currently in use, which provides equal rights to all minorities.

In all three, Pakistan’s self-image has remained surprisingly constant: It is an Islamic Republic, and its citizens easily identifiable by their Muslim identity.

The contradictions stemming from the constitutional protections for minorities against an exclusive collective identity are shockingly apparent. From the 1974 anti-Ahmadiyya amendment to the repeated repression of seperatist insurgencies in Balochistan and Khyber Pakhtunkhwa, it is evident that national identity policy continued to be viewed as a means to force conformity rather than a means to realise unity in difference.

By the time of Partition, the territories that became East and West Pakistan were majority Muslim. According to the pre-partition 1941 Census, an estimated 14 percent of West Pakistan was Hindu in 1941. Today, only 1.6 percent of the population or about 4.5 million identify themselves as such. The country has slightly fewer Christians, approximately 4 million, making Hindus the largest minority group.

The latest controversy, characterised by a typically confused response from public authorities to pressure from conservative interest groups, pertains to the development of Islamabad’s first Hindu temple in 71 years. While the ruins of Hindu, Sikh and Buddhist temples dot the countryside, only 20 Hindu temples are thought to be functional in Pakistan today.

Prime Minister Imran Khan and his predecessor’s government have each taken constructive steps to mend communal relations by investing in rehabilitating places of worship and even facilitating direct access from India with the Kartarpur peace corridor.

The backlash to previous initiatives had been muted. However, the broad and lurid character of resistance, from both social and traditional media, to the newly planned temple complex points to the structural roots to this intolerance.

In a time where Pakistan stands before global institutions labelling it’s neighbor as bigoted for it’s Islamophobic politicking in Kashmir and against Indian Muslims, the cynical administrative wrangling surrounding the temple development is a lost opportunity to move away from the failed policies of the past and push the public to rethink it’s self-image.

Questions about the accommodation of difference in democratic communities and the subsequent implications for social unity are some of the most troubling issues in politics today. Pakistan is not alone in this challenge, as the frequent referenda by aspirant European breakaways should make evident.

Yet the continued assertion that an Islamic identity is a sufficient catalyst to the integration of diverse groups is misguided. There seems that at this point there can only be two responses to the latest sectarian fracas.

The first is currently playing out ahead of us and is likely to result in a decision to block the temple development to appease both nationalist and Islamist elements.

The ease with which powerful interest groups manipulate misconceived state identity policy for their own ends should alarm. The ‘othering’ of any identity groups deemed deviant, continues to narrow the range of those who can benefit from state largesse — and by implication claim the rights of citizenship.

The second option is to make an effort to promote a more inclusive national identity alongside a consolidation with democratisation. By doing so, an identity policy would emphasise principles of equality, pluralism, and the rule of law.

In order to ensure that Pakistan sets itself on a permanent path of moderation and stability, the adoption of such a model seems absolutely necessary.

While Kaneria did end his career in disgrace after being involved in a spot-fixing scandal, the contribution of Pakistanis like himself can’t be understated.

In taking public-facing leadership roles, he and others such as prominent jurist Rana Bhagwandas, push the barriers that Pakistan’s overbearing state-sanctioned identity places on minorities. Bhagwandas, in fact, acted briefly as Chief Justice of Pakistan, one of the most powerful offices in the land.

Their stories of personal commitment to the nation puts faces to the anonymous, poor and often maligned Hindu community. Their incorporation into the body politic under a reformed approach to national identity could stem polarisation and engineer a confident shift in Pakistan’s national story. 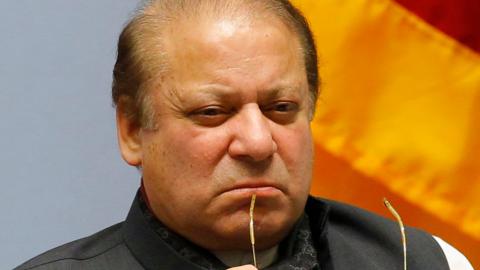