Outside of Palestine, it is Jordan that stands to lose the most from annexation. So how will they react?

Relations between Jordan and Israel are under unprecedented pressure ahead of Tel Aviv’s expected annexation of major parts of the West Bank, including the Jordan Valley this week.

The move poses long-term challenges to Jordan, including threats to its national security. Last month, King Abdullah II said that the annexation could lead to a “massive conflict” between Israel and the Hashemite Kingdom.

Jordan sees the move as a violation of the 1994 Jordan-Israel peace treaty, known as Wadi Araba. It would breach the treaty’s Article Three, which notes that the borders between Jordan and Israel are set without prejudice to the status of any territories that came under Israel’s control in 1967.

In addition to the United Nations and several European countries that oppose the decision, former senior security officials in Israel have also warned against the annexation. However, Israel’s Prime Minister Benjamin Netanyahu has dismissed them and doubled down on his pledge. The plans seemed to have reached a speed-bump on Monday as the country's alternate prime minister, Benny Gantz, suggested that the country wait until the coronavirus had been overcome.

The move would impact the kingdom on several fronts. To Jordan, annexation would imperil the two-state solution for the Palestinian-Israeli conflict. That would threaten the kingdom’s historic role as the Custodian of the Islamic and Christian holy sites in Jerusalem, which can be viewed as one of the monarchy's sources of legitimacy.

There are also the demographic concerns; Jordanians fear their country becoming an alternative homeland for Palestinians, an idea Amman firmly rejects. This worry elevates in the meantime because while there are two million registered Palestinian refugees in the kingdom, the proposed annexation not only makes the possibility of their returning home soon increasingly unlikely but also threatens a new influx of refugees to Jordan.

The refugee issue would of course have economic implications for the kingdom. Before the coronavirus outbreak, Jordan’s economy was already in turmoil. With the pandemic’s economic fallout, the country cannot afford to host more refugees as it will further burden its economy.

In the first quarter of this year, the unemployment rate in Jordan has jumped to 19.3 percent. The rate applies to the period that came before the kingdom’s first Covid-19 recorded case on March 2.

The inflation rate is likely going to jump further in the coming months. In addition, Jordan's total public debt increased during the first third of 2020 by $1.86 billion to reach 101.7 per cent of the Kingdom’s estimated GDP, according to the ministry of finance.

Jordan’s coordination with the Palestinian National Authority is believed to be ongoing. Earlier this month, the Jordanian Foreign Minister visited Ramallah, where he met Palestinian President Mahmoud Abbas.

Amman seems to be aware that it cannot count on the support of regional Arab countries. Apart from public statements of condemnation that may come from some or the Arab League itself, action is not likely to follow. This suggests that the kingdom is going to face the implications of any annexation on its own.

Indeed, the annexation also comes at a time when tensions between Jordan and Israel have been mounting for several years. Flashpoints include Israeli soldiers’ killing of Jordanian Judge Raed Zeiter at the Allenby Bridge crossing in 2014 and an Israeli security guard’s killing of two Jordanians at the Israeli embassy in Amman in 2017. The way Netanyahu received the guard upon his return to Israel has only added fuel to the fire.

In November, King Abdullah said that the relations between Israel and his country were “at an all-time low.” This came a month after Jordan reclaimed two border lands – Baqura and Al Ghamr – that Israel was allowed access to under the peace treaty.

Therefore, it could be argued that the proposed annexation could transform the “cold peace”— which has shaped Jordanian-Israeli relations for 25 years — into a “cold war”.

In an interview with the official Petra news agency last month, Jordan’s prime minister Omar Razzaz said, “We will not accept unilateral Israeli moves to annex Palestinian lands and we would be forced to review all aspects of our relations with Israel.”

Within the kingdom itself, the move would lead to widespread anger. That is because the annexation could be seen as an Israeli endeavour to settle the conflict at Jordan’s expense, which, indeed, is something that both the government and citizens reject.

Citizens may pressure their government and demand cancelling agreements such as the peace treaty and the natural gas deal struck in 2016 between the two countries, something which they have done previously. Some parliamentarians or former officials may make such calls too.

However, in the immediate aftermath of annexation, the kingdom is unlikely going to react so intensely. Jordan - which has been lobbying foreign leaders to put pressure on Netanyahu's government not to move forward with annexation - is aware that cancelling the peace treaty, in particular, would come at a high political cost.

Meanwhile, some observers see the Jordanian Constitutional Court's ruling last month that the gas deal could not be legally cancelled as an indication that the kingdom is unlikely to proceed with such an option.

Instead, Amman has other cards it could play if the annexation goes ahead. One would be reducing diplomatic ties with Israel. Another would be halting or suspending parts of the peace treaty, which includes security and economic cooperation between the two countries.

It is right that according to local Israeli media, Netanyahu said earlier this month that certain areas in the occupied West Bank may be annexed in stages rather than in a single step. However, that is not going to change Jordan’s opposition to this unilateral move.

Abdulaziz Kilani is a British-Arab writer and expert on the Middle East. He is also the editor-in-chief of Sharq Wa Gharb Arabic electronic newspaper, a London-based independent news outlet. 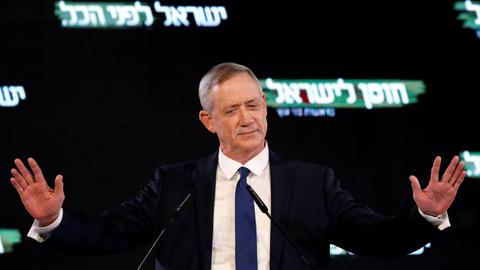