Turkey's Defence Minister Hulisi Akar said on Thursday that Turkey was not moving away from NATO by purchasing Russian S-400 defence missiles.

"Turkey fulfills all NATO requirements. We're not moving away from NATO by purchasing S-400 missiles. This is a supply issue," Akar told a military graduation ceremony in the capital Ankara.

"We strongly reject linking this matter with the F-35 [fighter jet programme. We're partners with nine countries on the F-35 project," he added.

Turkey expects its allies, especially the US, to behave with common sense and evaluate the issues objectively, he said.

Tensions between the US and Turkey have simmered over Ankara's purchase of Russian S-400 defence systems.

Washington claims the purchase will jeopardise Turkey's role in the F-35 fighter jet programme and has threatened sanctions.

Turkey rejects Washington's assertions saying there is no conflict between the S-400 and the F-35, and has called for a working group to allay America's fears.

On the heavy sentences handed down this week to ex-officers who took part in the 2016 defeated coup, Akar hailed the verdicts.

"These traitors [who infiltrated the General Staff] got the punishment that they deserved from the Turkish justice system," he said.

Seventeen top putschists on Thursday got 141 aggravated life sentences each for their involvement in the 2016 defeated coup in Turkey.

Turkey says FETO is behind a long-running campaign to overthrow the state through the infiltration of Turkish institutions, particularly the military, police and judiciary.

On Turkey's current Operation Claw in northern Iraq, near the border, Akar said that the PKK terrorist group is beginning to realise that their terror campaign will accomplish nothing.

"By neutralising the last terrorists, we will save our nation from terror and thereby once again ensure the nation’s peace and security by keeping our borders safe,” he said.

"Operation Claw shows that the so-called leaders of the PKK terror organisation understand they will get nowhere through terrorism."

The Turkish Armed Forces launched Operation Claw against the PKK in Hakurk, northern Iraq on May 27.

The military offensive aims to neutralise terrorists in the area. It began with artillery shelling, supported by air strikes and commando operations.

Authorities often use the word "neutralised" in statements to imply terrorists in question surrendered or were killed or captured.

In its more than 30-year terror campaign against Turkey, the PKK – listed as a terrorist organisation by Turkey, the US and the EU – has been responsible for the deaths of nearly 40,000 people, including many women and children. 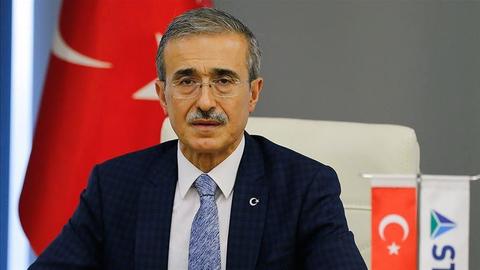