Turkey: Ready for east Med talks with Greece without preconditions

Ankara warns Athens not to raise eastern Mediterranean tensions or it'll not hesitate to do "what is necessary", though it said it wants to solve differences through talks and expects EU to act as "honest" mediator.

Turkey has warned Greece against escalating tensions in the eastern Mediterranean or it will not hesitate to do "what is necessary", though it said it wanted to solve the issue through dialogue and diplomacy.

Speaking at a news conference on Tuesday with German counterpart Heiko Maas in Ankara, Turkey's Foreign Minister Mevlut Cavusoglu said any dialogue must not include Greek pre-conditions.

"We will do whatever is necessary without hesitation," he said.

Turkey and Greece vehemently disagree over natural gas reserves off Cyprus and the extent of their continental shelves. They have drawn the European Union and nearby countries into the dispute, which earlier this month flared into a light collision between Turkish and Greek frigates.

"We are in favour of negotiations for fair sharing but nobody should lay down preconditions. This cannot happen with preconditions laid down by Greece," Cavusoglu said, adding, "before anything, Greece needs to abandon its maximalist approach."

He asked Greece not to be fooled by countries "throwing it in way of Turkish navy," adding, Ankara expects the EU to act as an "honest and objective" mediator.

Mediation on the table

Germany's top diplomat affirmed after the whirlwind meetings in Turkey and Greece on Tuesday that the two were ready for dialogue to defuse a worsening dispute over energy resources in the Mediterranean, even as the NATO allies traded new barbs.

The Greek foreign minister in Athens earlier said Greece wants to solve the issue through dialogue but warned it would continue to defend its rights in the region.

Nikos Dendias said Greece “has proved that it is and remains always ready for dialogue.”

Escalation in eastern Mediterranean helps neither EU, nor Turkey, nor Greece, said Maas, and warned Turkey's standoff with Greece in the area was at a "very critical" juncture.

"There is no illusion that the situation is very critical," Maas said through a translator after meetings in Athens and Ankara.

"No one wants to solve this issue in a militaristic way… and there is a willingness on both sides for dialogue."

Maas also said that ties between the EU and Turkey were at a crossroads and it would be clear by the end of the year where relations were heading.

On Tuesday, both Turkey and Greece held separate naval drills in the eastern Mediterranean, even as Germany's top diplomat visited Athens and Ankara to urge restraint.

The NATO allies have traded barbs over offshore hydrocarbon rights, drawing the European Union and nearby countries into the dispute that earlier this month involved a light collision between Turkish and Greek frigates.

Greece and Turkey conducted naval exercises in sections of the Mediterranean where the Turkish research vessel Oruc Reis is carrying out seismic research escorted by Turkish warships.

"Every little spark can lead to catastrophe," Mass warned earlier on Tuesday.

Mass, who visited Athens and then Ankara on Tuesday to help defuse rekindled tensions between the two NATO allies, said Germany and its EU partners stood alongside EU member Greece.

"The current situation in the eastern Mediterranean is equivalent to playing with fire," Maas said after meeting his Greek counterpart Nikos Dendias in Athens.

Maas said the windows for dialogue should not be closed but further opened between Turkey and Greece.

"To achieve this, we need steps toward easing of tensions and to initiate direct discussions instead of new provocations. We want to support this as much as we can."

On Sunday, Turkey issued an advisory known as a Navtex to extend the vessel's operations until August 27. Greece then issued its own advisory that it will hold military exercises in the same area, off the Greek island of Crete.

In response, Turkey President Recep Tayyip Erdogan on Monday accused Greece of "sowing chaos" and warned it would be left alone against Turkey's navy. Another Navtex said Turkey will hold military exercises in the same area off Crete.

From now on, Greece will be responsible for all conflicts in the region and will be at a disadvantage, said Erdogan.

A senior Turkish Defence Ministry official told Reuters news agency the Greek Navtex was issued without coordination and threatened to "place at risk all sailors in the area".

Greek government spokesman Stelios Petsas has said Greece is "responding calmly and with readiness both on a diplomatic and on an operational level".

Germany intervened in the row last month, prompting Ankara to pause operations for talks with Athens. Turkey resumed exploration activities, however, after Greece and Egypt agreed to a maritime demarcation deal.

Greece has repeatedly called for EU sanctions on Turkey for its activities, while Turkey has urged the EU to stop "pampering" Greece and push dialogue.

On Tuesday, the Oruc Reis was located between Cyprus and Crete, according to Eikon data.

Greece and other countries have tried to box in Turkey’s maritime territory and energy exploration rights, despite no country having a longer coastline on the Mediterranean.

Maas' visit to Ankara and Athens comes ahead of a meeting of EU foreign ministers later this week, in which the latest tensions in the Mediterranean will be discussed.

After meeting with Greek PM Kyriakos Mitsotakis and Dendias, Maas will head to Ankara to meet his Turkish counterpart Mevlut Cavusoglu.

The escalating tension has raised concerns of potential conflict between the two regional rivals, which have come to the brink of war three times since the mid-1970s, including once over prospecting rights in the Aegean Sea. 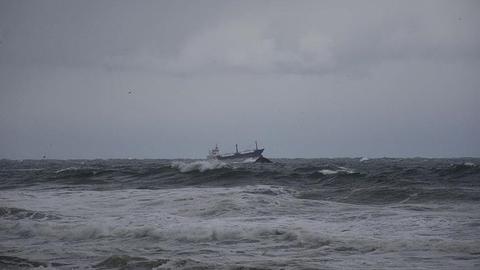 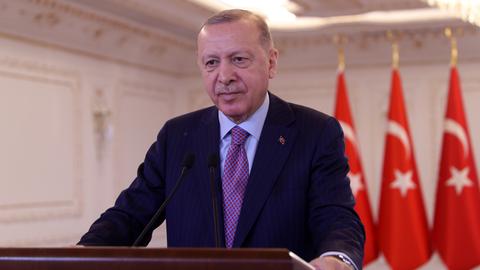 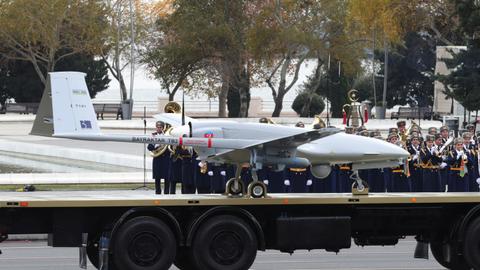 Will Turkey's drone industry be affected by UK firm's cut in exports?