Turkey’s foreign minister also downplayed confusion over the seating arrangements at this week's meeting between top EU officials and the Turkish president.

Relations between Turkey and the EU are in better shape following a bloc summit last December and the visit of two top EU officials to the capital Ankara, Turkey’s foreign minister has said.

Speaking to reporters, Foreign Minister Mevlut Cavusoglu also downplayed brief confusion over the seating arrangements at Tuesday’s meeting between the EU officials and Turkey’s president, saying that Turkey had satisfied all the protocol requirements of the EU side.

At a joint press conference with his Kuwaiti counterpart Ahmad Nasser al Mohammad al Sabah at the presidential complex, Cavusoglu said relations between his country and the bloc now are on a much more positive track since this week’s visit and in the wake of an EU summit last December.

Bilateral visits and communications are ongoing, and important meetings and consultation mechanisms between Turkish and EU officials are continuing, he said.

"Through our meetings with the delegations of both sides, each clearly stated their opinions about bilateral talks. I would like to state that these meetings have been very beneficial," Cavusoglu said.

Last Tuesday, Charles Michel, head of the EU Council, and Ursula von der Leyen, head of the EU Commission, visited Ankara and met with President Recep Tayyip Erdogan as part of diplomatic efforts to improve relations between the bloc and Turkey.

Cavusoglu dismissed accounts concerning the seating at the meeting at the presidential complex.

Noting that protocol units of both sides met prior to the meeting, Cavusoglu said the seating arrangement was made in line with EU requests.

"In the latest bilateral talks, which took place at the presidential complex, the European Union side’s requests were fulfilled," he said.

"I would like to state that the EU's requests were satisfied and fulfilled. This was their wish," Cavusoglu stressed.

Some had criticised the seating arrangements at Tuesday's meeting, where the Turkish president and the EU Council head sat down in separate chairs while von der Leyen was initially left standing.

She was then offered a seat on a couch, with Cavusoglu also sitting down on a separate couch opposite her.

On relations with Kuwait, Cavusoglu said the Turkey-Kuwait Joint Committee for Cooperation is set to meet every year, adding that they also agreed to hold thrice-yearly political consultation meetings at the level of deputy ministers or directors general.

"Our goal is to come together more regularly in a way that reflects our relations, to use the mechanisms effectively, and to deepen relations," he said.

Turkey and Kuwait also agreed to further develop cooperation in the areas of culture, education, and health, according to Cavusoglu.

"The pandemic taught us that we need to cooperate better in various areas, both at the bilateral level and on multilateral platforms," he added.

He also said the two countries have agreed to boost the defense industry and military cooperation.

Aside from bilateral relations, Cavusoglu and his Kuwaiti counterpart Sabah addressed regional matters including ensuring stability in Iraq, the ongoing crises in Yemen and Syria, and developments in Libya.

"We’re glad that we’re on the same page in terms of regional issues with Kuwait, because the goal of both countries in the region is to have peace, stability, security, and economic development," said Cavusoglu.

Turning to the Caucasus, Cavusoglu stressed the significance of last fall’s ceasefire in Upper Karabakh – concluding a 44-day conflict between Azerbaijan and Armenia – for regional stability, saying: “This is also an important opportunity for the realisation of probable projects."

He also hailed Kuwait's role as mediator, especially in normalizing relations in the Gulf region.

"We always supported this critical role of Kuwait, and we will continue to do so," he added.

Sabah praised the Turkey-Kuwait Joint Committee for Cooperation, saying that it gives Turkish-Kuwaiti relations "an institutional identity" and "a road map of the things we could do in our bilateral relations."

An action plan for 2021-2022 was signed by Cavusoglu and Sabah at the meeting, as well as a memorandum of understanding in the field of social affairs.

Also signed were a protocol on cooperation and information exchange between Turkish news outlet TRT and Kuwait's Information Ministry, a pact between the countries’ national libraries, and a memorandum of understanding on environment cooperation. 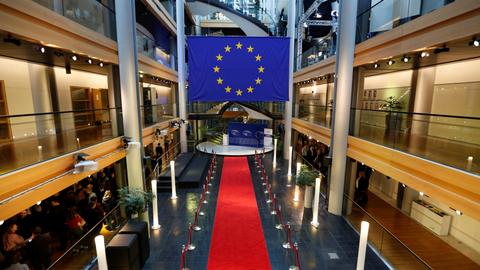