Health Ministry reports 69,652 new infections of the virus, setting yet another record for the number of infections registered in a single day and pushing the country's total past 2.8 million.

India has counted another record high of new coronavirus infections as it ramped up testing to more than 900,000 a day.

The 69,652 new cases on Thursday reported by the Ministry of Health pushed India's total past 2.8 million, of which two million have recovered.

The country also recorded 977 coronavirus fatalities in the past 24 hours, raising total deaths to 53,866, the ministry said.

"Early identification through testing, surveillance and contact tracing along with a focus on the timely and appropriate clinical treatment of Covid-19 patients has ensured that only a small proportion of active cases is on ventilator support," it said.

Covid-19 illnesses and deaths are thought to be far higher around the world due to limited testing and other factors.

India has conducted three million tests for the virus, but experts have urged increasing its testing capacity greatly, given India has the world's second-highest population of 1.4 billion people.

India's nationwide lockdown imposed in late March began easing in May and is now largely being enforced in high-risk areas.

On Wednesday, authorities ordered reopening of hotels and weekly markets in the Indian capital that were closed for nearly four months.

The situation improved in the Indian capital with only 12 deaths reported in the past 24 hours.

Gymnasiums and health clubs will continue to remain closed.

Four of India's 28 states now account for 63 percent of total fatalities and 54.6 percent of the caseload. 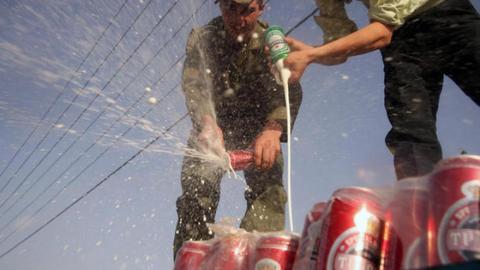 At least 10 people die from drinking tainted alcohol in Iran