Hisham al-Hashemi was a well-connected security analyst who appeared regularly on Iraqi television and whose expertise was sought out by government officials, journalists and researchers.

Gunmen in Baghdad shot dead a well-known former government adviser and political analyst near his home late on Monday in a rare high-profile killing in the Iraqi capital, government officials, police sources and medics said.

The government officials described the killing of Hisham al-Hashemi, as a targeted killing but did not point the finger at any particular group.

There was no immediate claim of responsibility for Hashemi's killing.

It comes at a time of rising tension between the new government of Prime Minister Mustafa al-Kadhimi and powerful Iran-backed militias and political parties who oppose him and accuse him of siding with the United States.

Police sources said two gunmen on a motorbike carried out the killing, with one shooting him outside his house in the Zayouna district in eastern Baghdad.

Loss of a leading expert

Hashemi, who was well-connected with politicians, activists and paramilitary officials, worked as an adviser to former Prime Minister Haider al-Abadi and informally with the government of current Prime Minister Mustafa al-Kadhimi, a government official said.

He was an analyst who was a leading expert on the Daesh and other armed groups, he was shot dead after receiving threats from Iran-backed militias.

Weeks before his death, Hashemi had told confidantes he feared Iran-backed militias were out to get him. Friends had advised him to flee to the northern city of Erbil, in the semi-autonomous Kurdish region.

He rose to prominence as an expert on the inner workings of Daesh and even advised the US-led coalition during its years-long battle with the extremists.

After Iraq declared victory over Daesh in December 2017, he increasingly turned his attention to the Iran-backed militias that helped to defeat Daesh and now wield considerable power in the country.

He was an outspoken critics of some of these groups, which have thousands of heavily armed fighters.

READ MORE: Is Iran having trouble managing its Shia proxies in the Middle East?

Iraq's state paramilitary organisation, which is dominated by Iran-backed groups, called for an investigation of his death.

The new prime minister has come under increasing pressure from Iran-aligned militias since he took office in May.

An arrest raid that targeted one of the most hardline Iran-backed militias last month angered paramilitary groups, which pressed the government to release those detained.

Most of the militiamen were released almost immediately.

Kadhimi presides over a government which must balance the competing interest of the United States and Iran, Iraq's two main allies.

The United States wants the Iraqi government to put a stop to regular rocket attacks on US facilities, which Washington blames on Iran-backed militias.

Iran's allies in Iraq demand a withdrawal of US troops from the country, which the United States invaded in 2003, toppling dictator Saddam Hussein and paving the way for Iran to entrench its influence over Baghdad.

Kadhimi took office after being viewed as acceptable to both sides. 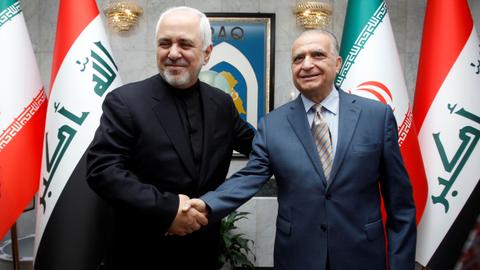 Could Iraq be an unlikely arbiter between Iran and the US? 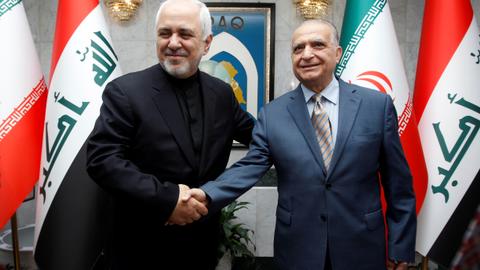 Iraq offers to mediate in crisis between its allies Iran, US 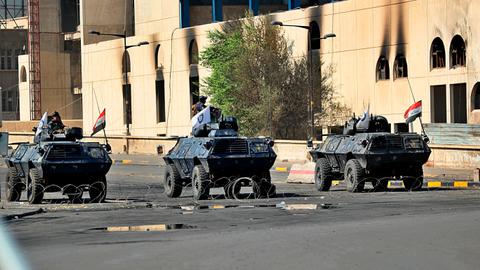