Is Iran having trouble managing its Shia proxies in the Middle East?

1
Taliban plea for UN recognition reveals a weak hand
2
UN: Millions of Yemenis are 'marching towards starvation'
3
UN anti-racism event goes ahead despite Israel's bid to scuttle it
4
Can France rely on allies for support against Washington?
5
What about the mental health of Afghan children?

Iran is gradually reducing its presence in the Middle East in the face of Israeli attacks and an economic crisis triggered by the pandemic and sanctions.

The Iranian footprint in the region expanded since the US invasion of Iraq in 2002. But that dynamic could change as Iran suffers from the effects of a deadly pandemic, which has killed more 10,000 of its citizens, and grapples with crushing US sanctions, while on the other hand the Israeli army has been continuously hitting Iran-affiliated forces across Syria and Iraq.

“Iran has no money anyway and its Shia militias are not welcomed,” said Kamal Alam, a military analyst on Middle Eastern history and politics.

“Russia is now restructuring the Syrian army, getting rid of the Shia militias. Some are leaving and their numbers are reducing there. But it will take a while, depending on the security partnership between Damascus and Tehran,” Alam told TRT World.

According to several Israeli officials, there is considerable evidence that Iran is reducing its presence in Syria due to relentless Israeli air strikes and rocket attacks.

Iran’s decision to scale back its presence in Syria, has been tied to both internal and external dynamics, according to Alam.

Firstly, Alam thinks that Iran’s revolutionary ideology does not resonate well with the Syrian regime leader Bashar al Assad’s Baath Party members. For decades the Damascus-Tehran axis has mainly stayed intact due to “security factor” according to Alam.

“As a result, Iran has little room to maneuver through Syria’s domestic politics [as Assad gradually secures its political position],” Alam said.

But externally, Iran also faces stiff competition from Russia, a strong ally of the Assad regime, for the domination of Syrian landscape.

“Syria prefers Russia in every way as an ally to Iran. Russia and the Syrian government themselves do not see a major role for Iran in the country’s post war period,” Alam said.

There is also a Gulf factor in Syria’s political future, Alam notes.

“Damascus realises that a continued Iranian presence in Syria is a certain hindrance to redevelop its connections with Arab allies such as Saudi Arabia, UAE, Bahrain and Egypt. They are stepping up slowly to come to Syria and this will automatically balance out Iran in the long run,” the analyst observes.

But he still thinks that Iran will remain an important ally of Damascus though in a different role and with a lower physical presence.

Iraq becomes another headache for Iran

While Syria is a Sunni-majority country led by an Alawite family, which has strong connections with Iran’s Shia ideology, Iraq is a Shia-majority country. But Shia-majority Iran is also having serious problems in Iraq, where it has been a dominant power since the 2002 US invasion.

Most recently, more than a dozen members of a powerful Iranian-backed Shia militia have been arrested by Iraqi security forces in the country’s capital Baghdad, shocking Tehran again after its top general Qassem Soleimani’s assassination by American forces in January and continuing widespread protests against Iran.

Last night, a joint US-Iraqi security unit raided one of the headquarters of Hashd al Shaabi, a powerful Iraqi Shia militia backed by Iran, arresting some members along with their commanders, according to Mehmet Bulovali, an Iraqi-Kurdish political analyst and former advisor to the country’s former Vice President Tariq Hashimi.

“With the raid, Iraqi and US security forces seized four rockets, which were initially planned to be launched to American forces, inside the group’s headquarters,” Bulovali told TRT World.

Last month, the US and Iraq began a crucial negotiation process to settle a strategic pact, which aims to strengthen relations between Baghdad and Washington, reducing Iran’s influence over Iraq.

Bulovali thinks that some Iran-backed forces, which are particularly tied to hardliner Revolutionary Guards, want to sabotage that process, increasing their rocket attacks to US bases since then. The recent joint US-Iraq raid over the Shia militia base appeared to be a response to Iran.

Iran’s recent retreat across the Middle East might also be related to an internal power struggle inside the country.

Iran still does not do much because there is an internal power struggle between moderate forces in the government and radicals in the country’s Revolutionary Guards, according to Bulovali.

“While the Guards defend an aggressive approach by immediately escalating tensions in the Middle East, the foreign ministry advocates a wait-and-see policy until the US elections to see whether Trump will stay or leave,” the Iraqi analyst said.

An Israeli attack on Iran?

In addition to the bold raid on Iraqi Shia militia headquarters in Baghdad, there was a mysterious explosion in Tehran on Thursday.

While the Iranian government described the explosion as an accident, Bulovali thinks that “it is definitely an Israeli attack.”

If so, it could be the first Israeli attack in Iran.

“The attack is an Israeli message to Iran that ‘Don’t think to do anything before our annexation of the West Bank’,” says Bulovali.

Under US support, Israelis are preparing themselves to occupy the West Bank, one of the two remaining Palestinian enclaves. Iran’s resistance front opposes the move.

“Iran has been forced to retreat across the Middle East. It will eventually retreat,” Bulovali says.

“All these developments show that the process of its retreat has already begun.” 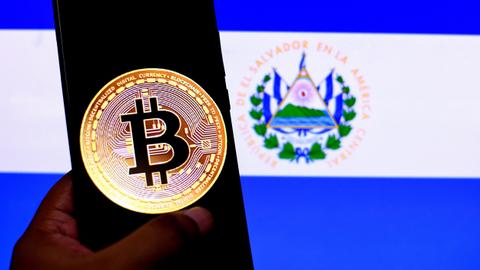 Will El Salvador become a crypto sanctuary or a cautionary tale?

1
Taliban plea for UN recognition reveals a weak hand
2
UN: Millions of Yemenis are 'marching towards starvation'
3
UN anti-racism event goes ahead despite Israel's bid to scuttle it
4
Can France rely on allies for support against Washington?
5
What about the mental health of Afghan children?