Attackers with knives killed a Tunisian National Guard officer and wounded another before three assailants were shot dead.

Police in Tunisia have chased and shot dead three suspected militants after they attacked two police officers, killing one of them, in the coastal city of Sousse.

"Terrorists stabbed two policemen at El Kantaoui district, in Sousse. One of them died. The police pursued the terrorists and killed them," said Houssem Jbebli, a National Guard spokesman on Sunday.

Five years ago, a Daesh militant shot dead 39 foreigners on a beach in Sousse, triggering an exodus of tourists and severely damaging its economy.

Since then Tunisia has grown more effective in preventing and responding to attacks, foreign diplomats say, but sleeper cells still pose a real threat to the country, especially with the return of militants from Syria, Iraq and Libya.

According to the Interior Ministry, the suspects used a car to ram the policemen.

"Security forces surrounded the terrorists and exchanged fire with them, killing the three terrorists," the ministry said in a statement on Sunday.

Interior Minister Taoufik Charfeddine went to the scene of and to the hospital in Sousse to visit the injured policeman, the ministry said.

Kantaoui is a district full of hotels currently empty as tourists stay away during the coronavirus pandemic. The last serious attack in Tunisia was in March, when two militants on a motorbike blew themselves up outside the US embassy in Tunis, killing a policeman and wounding several others.

Hundreds of Tunisians have traveled to Iraq, Syria or Libya in recent years to join Daesh, and in 2016 members of the group rampaged across the border with Libya and fought the army in a border town, but were repulsed. 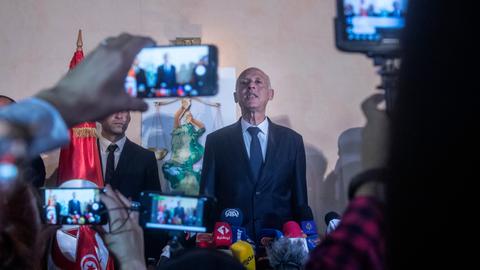 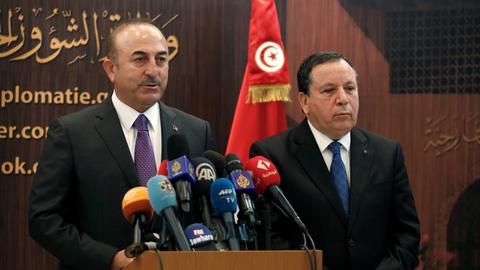