Is the UAE paying lawmakers to undermine Tunisia's democracy?

1
Pandemic has led to ‘dramatic deterioration’ of press freedom worldwide
2
The story of Ibn Battuta, one of history’s most prolific travellers
3
France was a ‘collaborator’ in the 1994 Rwanda genocide
4
The everlasting appeal of Kashmir’s vegetarian saints
5
Yasser Arafat’s nephew sets sights on Palestinian elections. Who is he?

Noureddine al Beheiri, the head of the Ennahda parliamentary block, told a local radio station that Abu Dhabi was seeking to undermine Tunisia’s democracy and create a political vacuum.

Ghannouchi, who founded and leads Ennahda, is the subject of a no-confidence motion by opposition MPs who want to remove him from his position as speaker.

In the weeks leading up to the motion and attempt, Ghannouchi has been the subject of a propaganda campaign organised by Abu Dhabi-controlled media outlets.

They had claimed that Ghannouchi’s wealth exceeded a billion dollars, a claim which if true would have made him one of the African continent’s richest people. Public documents published later, however, presented a more modest picture, revealing Ghannouchi owned a single property, a Kia automobile, and no additional sources of income beyond his state salary.

Ennahda holds 52 of 217 seats in Tunisia’s parliament, which makes it the largest single party, but still far off having a majority.

Despite economic difficulties, the country has long served as a rare Arab success story after the popular Arab uprisings that started in late 2010.

Tunisia has a functioning parliamentary system and its electoral process is largely free of the complaints of fraud and vote rigging seen in fellow Arab states.

It has, up until now, avoided the violence that has engulfed neighbouring Libya and counter-revolutionary coups, such as in Egypt.

Ghannouchi faces the vote of no-confidence on Thursday but the veteran leader who spent decades in exile in London is optimistic.

"I am confident that it will be a moment to renew confidence in me as speaker of parliament and to re-endorse me." Ghannouchi said, adding: "I did not come to the presidency of the parliament by a tank, but I came through election."

Despite its small population of just 1.4 million citizens, the UAE under the stewardship of Abu Dhabi’s Crown Prince Mohammed bin Zayed has sought to position itself against the democratic current that spread across the Arab world at the start of the last decade.

In Libya it is arming and funding the warlord Khalifa Haftar as he tries to out the UN-recognised and legitimate Libyan government, the Government of National Accord.

Haftar was on the edges of Tripoli, when a GNA offensive backed by Turkey pushed him out of the capital and sent him into retreat. The turnaround was a big blow to the UAE’s ambition to install compliant autocrats in every Arab country.

To date, Abu Dhabi’s biggest successes have been in Egypt and in neighbouring Qatar.

In 2013, the UAE was instrumental in funding a military coup against Egypt’s first and only freely elected president, Mohamed Morsi. Replacing the leader with current Egyptian dictator, Abdel Fattah el Sisi.

Under Sisi, Egypt’s civil and religious opposition has been crushed, hundreds have been killed in massacres, such as in Rabaa Square, and tens of thousands more have been jailed without the pretence of fair judicial process.

Abu Dhabi was also instrumental in the blockade of Qatar over its support of democratic movements in the Arab world. It worked with Egypt, Saudi Arabia, and Bahrain to block off all air, land, and sea access for the Gulf emirate.

Qatar has weathered the storm but remains under blockade three years later. 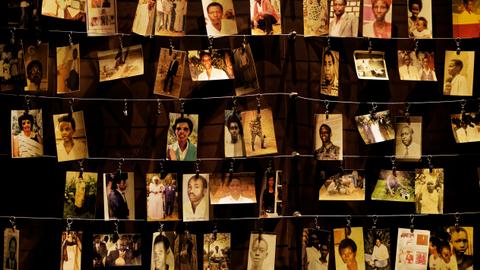 France was a ‘collaborator’ in the 1994 Rwanda genocide 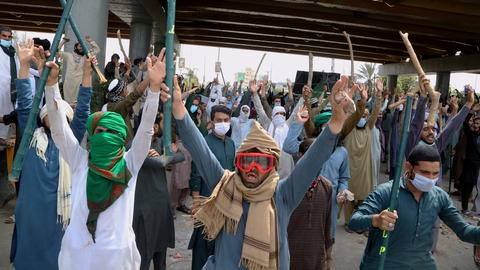 The rise of the religious group behind violent protests in Pakistan

1
Pandemic has led to ‘dramatic deterioration’ of press freedom worldwide
2
The story of Ibn Battuta, one of history’s most prolific travellers
3
France was a ‘collaborator’ in the 1994 Rwanda genocide
4
The everlasting appeal of Kashmir’s vegetarian saints
5
Yasser Arafat’s nephew sets sights on Palestinian elections. Who is he?