Turkey: Illegal EU raid on ship was flawed from the start

Under the operation, a German frigate illegally stopped and searched a private Turkish-flagged ship carrying humanitarian aid to Libya, drawing condemnations from Turkey.

An EU operation that stopped a Turkish ship supposedly to enforce a UN arms embargo has been called flawed from the start by Turkey's Defence Minister Hulusi Akar.

"Operation Irini was stillborn. It has lacked a solid basis in terms of international law since the beginning," Akar told reporters at parliament on Tuesday.

The operation’s implementation has been problematic since the beginning, he said, also telling the EU that it should have asked Libya's UN-recognised government for permission before launching the operation this March.

Under the operation, a German frigate on Sunday illegally stopped and searched a private Turkish-flagged ship carrying humanitarian aid to Libya, drawing condemnations from Turkish leaders.

Turkey has long stated that that the arms embargo is enforced in a manner biased to warlord Khalifa Haftar.

The Turkish ship was carrying paint, paint materials, and humanitarian aid to Libya's port of Misrata, and did not violate the UN arms embargo on the country, said Turkey’s Foreign Ministry.

Germany's Defence Minister Annegret Kramp-Karrenbauer said the country's navy acted in line with the mandate of the EU mission to enforce the arms embargo on Libya.

“The German soldiers behaved totally correctly, they did what is required of them with the mandate of the EU’s Operation Irini,” she said.

The operation officially announced that their search of the ship had turned up nothing illegal, a failed attempt that deserved international condemnation.

Libya has been torn by a civil war since former leader Muammar Gaddafi was ousted in 2011.

A new government was founded in 2015 under a UN-led agreement, but efforts for a long-term political settlement have been slow, largely due to attacks by warlord Khalifa Haftar. 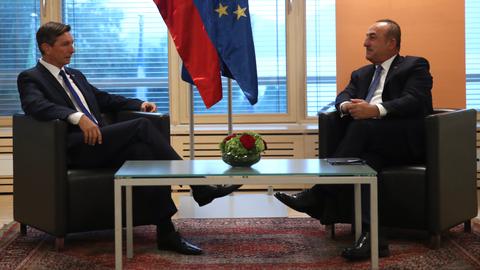 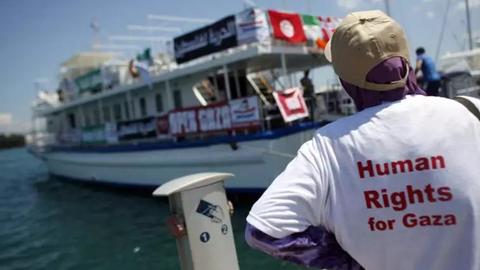