International Monetary Fund Managing Director Christine Lagarde announced on Tuesday she had submitted her resignation from the global lender, saying she had more clarity about her nomination to be the next head of the European Central Bank.

Lagarde said in a statement her resignation was effective Sept. 12, opening the way for the IMF to choose its next leader.

"With greater clarity now on the process for my nomination as ECB President and the time it will take, I have made this decision in the best interest of the Fund," she said in a statement.

She said her resignation would expedite the selection of her successor.

Lagarde's resignation comes two weeks after her nomination on July 2 for the ECB top job. She did not immediately resign from the IMF because of uncertainty over whether the new European Parliament would approve her and other new EU leadership positions, sources told Reuters.

Lagarde's nomination is subject to approval by a fractious European Parliament. If approved, she would take over as ECB president from Mario Draghi on Oct. 31.

Lagarde's second five-year term as IMF managing director was not due to end until July 2021. Traditionally the post has always been held by a European, while the head of the IMF's sister organisation, the World Bank, has always been an American. 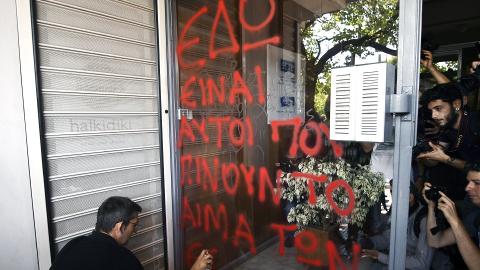