The investment firm founded and chaired by billionaire George Soros took a stake in Tesla Inc bonds during the first three months of the year, giving the electric carmaker run by Elon Musk a prominent supporter.

Soros Fund Management LLC took a $35 million stake in the convertible bonds of Tesla, which are due in March 2019, according to filings with the US Securities and Exchange Commission.

A spokesman for Soros did not respond to a request for comment.

Convertibles are hybrid securities, either bonds or preferred stock, that can be exchanged for a predetermined number of common shares.

That effectively lets an investor participate in stock-price changes, but with the yield and greater security of a fixed-income instrument.

Musk, who like Soros is also a billionaire, has been under pressure from investors to prove the company can solve production problems, stem senior staff departures and resolve questions about crashes involving its electric cars.

At the end of March, the Tesla bonds came under severe selling pressure as the luxury automaker faced concerns about its ability to produce its cheaper Model 3 sedan.

A crash involving Tesla’s autopilot technology and concerns about the company’s ability to raise new capital also took a toll.

On Monday, Musk told employees the company was undergoing a “thorough reorganisation.”

In 2016, SolarCity Corp, a debt-laden solar panel firm backed by Musk and now owned by Tesla raised $305 million by selling future cash flows for a portfolio of solar projects to a fund advised by Soros Fund Management LLC.

Soros also previously held some Tesla stock, but he sold off his stake last year.

Quarterly disclosures of hedge fund managers’ stock holdings in 13F filings are one of the few public ways of tracking what managers are selling and buying.

The disclosures come 45 days after the end of each quarter and may not reflect current positions. 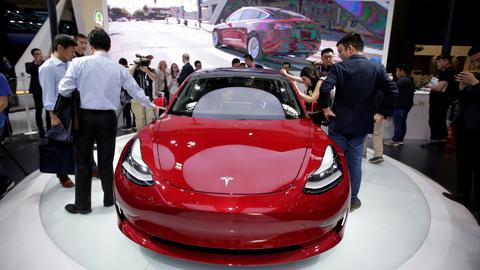