OPEC+ says in a statement that it has decided to reduce output by 100,000 barrels per day in October, returning to the production level of August.

The OPEC+ has agreed to cut production for the first time in more than a year as it seeks to lift prices that have tumbled due to recession fears.

While analysts had expected another modest increase at Monday's ministerial meeting, OPEC+ said in a statement that it decided to reduce output by 100,000 barrels per day in October, returning to the production level of August.

The group also left the door open to holding talks prior to its next scheduled meeting on October 5 "to address market developments, if necessary".

OPEC+, a 23-nation coalition led by Saudi Arabia and Russia, had agreed to huge cuts in output in 2020 when the Covid pandemic sent oil prices crashing, but it began to increase production modestly again last year as the market improved.

Oil prices soared to almost $140 a barrel in March after Russia began its offensive in Ukraine.

But they have since receded below $100 per barrel amid recession fears, Covid lockdowns in major consumer China, and Iran nuclear talks that could bring Iranian crude back into the market.

'Supporting the stability of the market'

Saudi Energy Minister Prince Abdulaziz bin Salman told Bloomberg in an interview after the decision that it demonstrated OPEC+ was ready to adjust production in both directions to achieve its objectives.

"The simple tweak shows that we will be attentive, preemptive and pro-active in terms of supporting the stability and the efficient functioning of the market," he said.

While analysts said the cut was mostly symbolic, oil prices rose by more than three percent following the announcement, with the international benchmark, Brent, exceeding $96 per barrel while the US contract, WTI, reached almost $90.

At its last meeting, OPEC+ agreed to a small rise of 100,000 barrels per day for September after Biden travelled to Saudi Arabia to plead for a production bump - although it was six times lower than its previous decisions.

Bin Salman had last month appeared to open the door to the idea of cutting output, which then received the support of several member states and the joint technical committee.

He said "volatility and thin liquidity send erroneous signals to markets at times when clarity is most needed".

In response to Monday's move, the United States said that oil production must be kept up to bolster global economic growth.

President Joe Biden "has been clear that energy supply should meet demand to support economic growth and lower prices for American consumers and consumers around the world," White House Press Secretary Karine Jean-Pierre said in a statement. 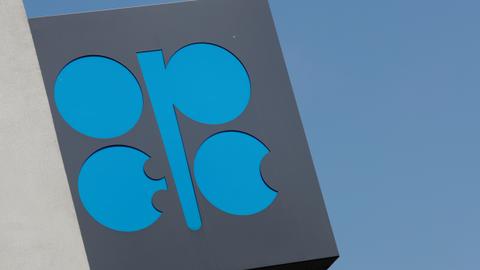