PepsiCo will buy carbonated drink-machine maker SodaStream which faced calls for a boycott several years ago over a factory it had in the Israeli-occupied West Bank.

PepsiCo will buy carbonated drink-machine maker SodaStream for $3.2 billion as it battles Coca-Cola for an edge in the health-conscious beverage market.

Founded in Britain in 1903, SodaStream was a coveted device in British kitchens in the 1970s and 80s, allowing people to create fizzy drinks by adding flavoured syrups to carbonated tap water, but its popularity faded as bottled sodas became cheaper.

The Israel-based company now markets itself as a sparkling water maker to appeal to younger and more health- and environmentally-conscious consumers, who do not drink much soda.

"With sugary carbonates and juices struggling and no turnaround in sight, mitigating the losses through newer and healthier products will be essential for PepsiCo," said Euromonitor International analyst Matthew Barry.

SodaStream faced calls for a boycott several years ago over a factory it had in the Israeli-occupied West Bank. It has since closed that factory and relocated to a much larger facility in southern Israel.

The deal announced on Monday may be the last for PepsiCo Chief Executive Indra Nooyi, who hands over to Ramon Laguarta later this year.

In 12 years as CEO, Nooyi sought to expand the company's offering of healthier food and drinks. It agreed to buy Bare Foods in May and KeVitadrinks in late 2016.

SodaStream's US-listed shares were up 10.5 percent in pre-market trading.

PepsiCo buys soda stream for $3.2b. Pepsi is betting big here on: sparkling water, sustainability and recycling beyond the bottle, at home DIY beverages and more international growth (Sodastream is strong in Japan and Western Europe) biggest deal for Pepsi in years $pep $soda

PepsiCo said SodaStream complements its water business, which includes Aquafina and smaller brands Bubly and Lifewtr. The company is also experimenting with other non-bottled drinks, including Drinkfinity, which is sold in pods.

PepsiCo said the transaction, unanimously approved by the boards of both firms, was expected to close by January 2019. It said the purchase was another step in its bid to "promoting health and wellness through environmentally friendly, cost-effective and fun-to-use beverage solutions."

Speculation about PepsiCo or Coca-Cola buying Sodastream has bubbled for years. The company had marketed itself as a more environmentally friendly alternative to mainstream bottled drinks and therefore a threat to the giant producers.

But the notion of creating soft drinks at home has had limited success. Over the years, many users have used Sodastream only for making fizzy water, without the flavoured syrups it sells.

Coca-Cola and Keurig Green Mountain forged a partnership in 2015 to market a counter-top cold-drinks machine, but pulled the plug the following year after it failed to take off.

It remains to be seen what Keurig Dr Pepper will do in the space. The company was created last month by the merger of Keurig Green Mountain, now owned by private investment firm JAB Holding, and Dr Pepper Snapple.

Adam Epstein, co-founder of Teleios Capital, a top-10 SodaStream shareholder, said the company's focus on its core product and disciplined approach had started to pay off in recent quarters with "a rapidly growing installed base of loyal users and transformational improvement in operating performance".

He said the deal "represents an excellent outcome for all shareholders".

The company was acquired by Israel's Soda-Club in 1998 before private equity group Fortissimo Capital bought a controlling stake in 2007. The company went public in 2010. 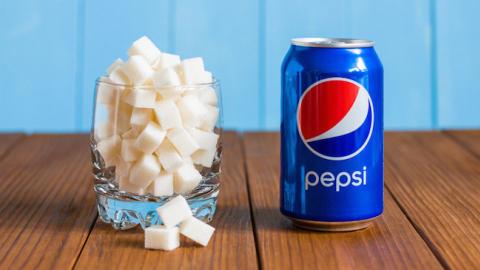