Singapore Airlines announced on Tuesday that its second-quarter net profit almost tripled due to passenger growth and improvements in its cargo business, but warned of challenges ahead.

The flag carrier said it earned $139 million (S$190 million) in the three months to the end of September compared to S$65 million in the same period last year.

The airline, seen as a benchmark for Asian premium carriers, has been battling strong competition from Asian low-cost carriers and Middle Eastern airlines, which now boast modern fleets and top-quality inflight services.

It has launched a wide-ranging review and in August offered cabin crew unpaid leave as a cost-cutting measure.

Announcing the results, the company said in a statement that "headwinds remain as competitors mount significant capacity in key markets. Yields continue to be under pressure, despite some stabilisation in recent months."

Most of the profit came from the flagship full-service airline, with passenger numbers increasing by 2.3 percent in the second quarter. The carrier's operating profit rose to S$232 million, up sharply from the same period the year before.

This was largely due to lower operating costs and using more fuel-efficient planes.

The airline's cargo arm saw a profit of S$26 million, a turnaround from a S$11 million loss in the same period in 2016.

Last week SIA said it would spend hundreds of millions of dollars to upgrade its fleet of A380 super jumbos, with new expansive luxury suites that include double beds.

Aviation analyst Corrine Png of Crucial Perspectives said Singapore Airlines was regaining market share as its main competitors, such as Emirates and Etihad, had slowed expansion.

"It's about shifting and finding the right aircraft for the right routes," Png said.

She added the airline was also successful in reducing fuel costs. 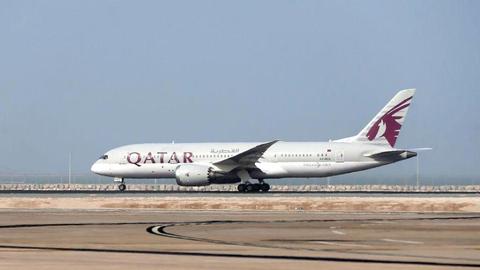