The parade featured "the Savage", a white man clad in a black costume, his face and hands covered in black body paint, his head adorned with a feathered war bonnet, a chain hanging from his neck and a golden piercing protruding from his nose.

Hundreds of spectators cheered and applauded as the chief protagonist of a Belgian parade - "the Savage" - appeared in the town of Ath on Sunday, but anti-racism groups strongly criticised the character and his blackface disguise.

The folk festival called Ducasse d'Ath, which traces its roots back to the 16th century and is endorsed by UNESCO as a cultural heritage, takes place every August in the small town about 60 km (40 miles) west of Brussels.

On Sunday, as it does every year, the effigy parade featured "the Savage", a white man clad in a black costume, his face and hands covered in black body paint, his head adorned with a feathered war bonnet, a chain hanging from his neck and a golden piercing protruding from his nose. Chains clinging around his wrists and ankles, he yelled incomprehensible sounds, spooked and cuddled children, leaving marks of the black paint on their faces.

"This character has all the degrading attributes that black people are given in the racist imagery of our societies," said Mouhad Reghif, a spokesman for anti-racism group Brussels Panthers.

"It is totally racist and it maintains a degrading image of the black person, which has consequences in everyday life," he added.

The group sponsored a petition this month, signed by dozens of advocacy groups and individuals, saying the blackface character insulted and mocked black people, and demanding that UNESCO withdraw its recognition.

Belgian daily Le Soir reported on Saturday that UNESCO was taking the matter seriously and that it called for exercising respect among communities, although it was not clear if the agency would remove the heritage designation from the festival.

The controversy over the festival character highlights a wider debate in Belgium about racism and how the country comes to terms with its colonial past.

The mayor of Ath, Bruno Lefebvre, rejected the criticism.

"It's mostly people from outside who talk about racism, anti-black sentiment. At Ath, we never considered 'the Savage' to be a racist figure," he told Reuters.

"It is rather a character that the inhabitants of Ath adore... when one gets a kiss from 'the Savage', we have good luck all the year ahead," said Lefebvre, who has been mayor of the town of 30,000 people since last year.

Ath resident Myriam Carlier, out watching the parade on Sunday, said: "I think it's our folklore, our tradition and I'm in favour of 'the Savage'".

There are similar accusations of racism every December as "Black Pete" characters in blackface help Santa Claus deliver gifts to children in Belgium, as well as in the Netherlands.

After years of restoration works, Belgium's Africa museum reopened in 2018 to much controversy over whether an exhibition of pro-colonial propaganda had been revamped enough to confront the dark history.

Many Belgians remain ignorant of the country's harsh colonial rule in central Africa, including what is now Democratic Republic of Congo (DRC). Millions of people perished under a brutal rule that used slave labour to harvest goods including rubber.

Reghif, a 45-year-old IT engineer living in Brussels, said of the Ath festival: "This 'Savage' character... is symptomatic of the problem we have in Belgium with the colonial history of our country."

"People still think....that we brought civilisation to Africa, that they have evolved thanks to us, which is totally false." 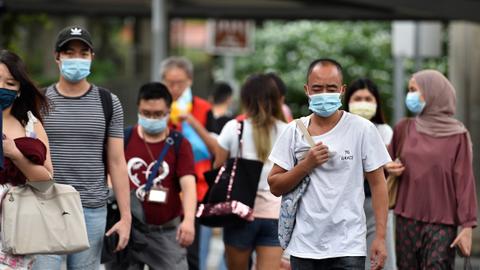 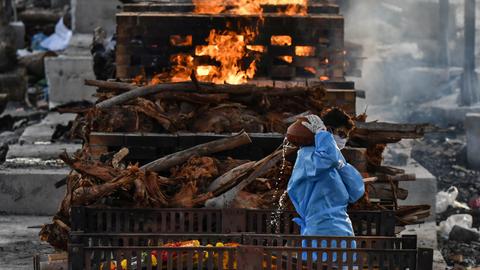