The two cuddly cubs were the first pandas to be born in a German zoo, and have been nicknamed "Pit" and "Paule" by their carers.

Two panda cubs born at Berlin Zoo last year charmed local media on Wednesday, a day before their debut in front of the general public.

Five-month-old males Meng Xiang and Meng Yuan, whose names mean "long-awaited dream" and "dream come true", were seen climbing over boulders as they explored their enclosure, watched by their mother Meng Meng and members of the press.

The two cuddly cubs were the first pandas to be born in a German zoo, and have been nicknamed "Pit" and "Paule" by their carers.

The births were particularly rare as it is notoriously hard to breed pandas.

The zoo is expecting a surge in visitors when the pandas are put on public display for the first time on Thursday.

Zoo directors are planning to open more ticket desks to avoid long queues, and have arranged for security personnel to guard the panda enclosure.

Alongside their parents Meng Meng and Jiao Qing, the twins are the only pandas currently visible in Germany.

On loan from China, the panda couple had arrived in Berlin in June 2017 to great fanfare.

Famed for its "panda diplomacy", China has dispatched its national treasure to only about a dozen countries as a symbol of close relations.

Berlin Zoo pays $15 million (13.4 million euros) for a 15-year contract to host the two adult pandas, with most of the money going towards a conservation and breeding research programme in China.

While the cubs were born in Berlin, they remain Chinese and must be returned to China within four years after they have been weaned. 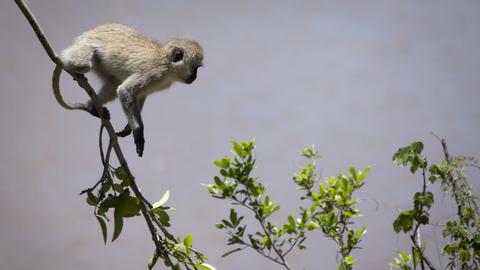