New Delhi also faces criticism over its emergency approval of a homegrown vaccine developed by Bharat Biotech which is still in early stages of clinical trial.

India will not allow the export of the Oxford University-AstraZeneca coronavirus vaccine for several months, according to head of the Serum Institute of India, that has been contracted to make 1 billion doses of the vaccine for developing nations.

Serum Institute of India (SII), the local maker of the Oxford-AstraZeneca coronavirus vaccine has said it intends to concentrate on meeting India’s own immediate demand in the next two months before exporting to other interested countries.

With rich nations reserving most of the vaccines that will be made this year, Serum Institute — the world’s largest vaccine manufacturer — is likely to make most of the inoculations for developing countries. The ban on exports, however, means that poorer nations will probably have to wait a few months before receiving their first shots.

Chief Executive Adar Poonawalla said in an interview after the shot was approved for emergency use in the world’s second-most populous country, that exports might be possible after supplying the Indian government with an initial 100 million doses.

The Indian government just wants to ensure that “the most vulnerable people of the country get it first - I fully endorse and support that decision”, he said.

SII is still waiting to strike a formal supply deal with the Indian government, but is expected to do so in the coming days.

India on Sunday granted emergency approval to Bharat Biotech’s COVAXIN but faced questions from industry experts and opposition lawmakers after taking the step without publishing efficacy data for the homegrown coronavirus vaccine.

Health experts point out that clinical trials began only recently, making it almost impossible for the firm to have analysed and submitted data showing that its shots are effective in preventing illness from the coronavirus.

India has confirmed more than 10.3 million cases of the virus, second in the world behind the US, though its rate of infection has come down significantly from a mid-September peak. It also has reported over 149,000 deaths.

The news, announced by the drugs controller general of India (DCGI), was hailed by Prime Minister Narendra Modi and his ministers as a success in the country’s self-reliance push.

COVAXIN was jointly developed with a government institute and means India joins a small list of countries to have approved their own coronavirus vaccines.

Bharat Biotech has partnered with drug developer Ocugen Inc to co-develop it for the US market, and Brazil has signed non-binding letters of intent to buy the shot.

The company has said it is in discussions with more than 10 countries about COVAXIN.

“Our goal is to provide global access to populations that need it the most,” Bharat Biotech Chairman Krishna Ella said in a statement. 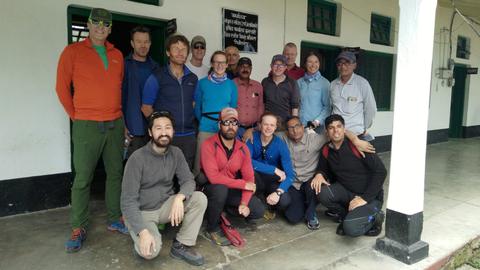