The acceleration should allow J&J to take part in the massive clinical trials program planned by the US government, which aims to have an effective vaccine by year end.

Johnson & Johnson moved up the start of human clinical trials for its experimental vaccine against the highly contagious coronavirus by two months to the second half of July as the drugmaker rushes to develop prevention for Covid-19, the company said on Wednesday.

The acceleration should allow J&J to take part in the massive clinical trials program planned by the US government, which aims to have an effective vaccine by year end.

Last March, J&J signed deals with the US government to create enough manufacturing capacity to produce more than 1 billion doses of its vaccine through 2021 even before it has evidence that it works.

There are currently no US approved treatments or vaccines for the virus. A vaccine is seen as essential to ending the pandemic that has infected more than 7.2 million people and killed over 412,000 globally, while battering economies worldwide.

J&J initially expected safety trials to start in September. Chief Scientific Officer Paul Stoffels told Reuters the company has been working closely with its US government partners to accelerate that timeline.

"Based on the strength of the preclinical data we have seen so far and interactions with the regulatory authorities, we have been able to further accelerate the clinical development," Stoffels said in a statement on Wednesday.

J&J's study will test the vaccine for safety and early signs of efficacy in 1,045 healthy volunteers aged 18 to 55 years and in those aged 65 and older. The trial will take place in the US and Belgium.

The company is also in talks with the National Institutes of Allergy and Infectious Diseases to start larger, late-stage trials ahead of schedule, depending on results of the early studies and regulatory approval.

US to test vaccine candidates

The US is planning to test a handful of coronavirus vaccine candidates in trials that will enroll up to 30,000 subjects with the aim of getting an answer on efficacy as quickly as possible. National Institutes of Health Director Dr Francis Collins told Reuters that companies will need to complete their safety trials by the end of summer to be included in those studies.

Stoffels said last week that J&J hopes to have results of its vaccine efficacy trials in the first quarter of 2021. He added that the company is "working hard to bring it back to the end of the year".

A lot will depend on how much virus is circulating at that time, he said.

"If you have an incidence of 1 percent a year versus 4 percent a year, it's totally different. And that's where these trials are so unpredictable," he said, referring to the percentage of new cases occurring in the population at the time.

The company plans to test the vaccine in high-transmission regions within the US. If the incidence is low, "we will complement that with international sites to make sure that we reach enough endpoints quickly to prove the vaccine works", Stoffels said.

Moderna Inc, which is working in close partnership with NIAID, has started testing its vaccine candidate in a 600-subject mid-stage trial. The company expects to begin late-stage trials in July.

Moderna's vaccine uses messenger RNA technology, an approach that has yet to produce any approved vaccines. J&J is utilising the same technology used to make its Ebola vaccine, which won European regulatory approval late last month.

There are about 10 coronavirus vaccines in human testing. Experts have said a safe and effective vaccine could take at least 12 to 18 months from the start of development, which would shave several years off the typical vaccine development timeline. 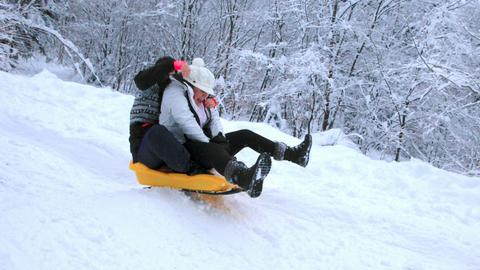