Mars helicopter gets extra month of flying by Nasa

1
Belgium enters fourth infection wave as cases jump – latest updates
2
Is the world in need of a new definition for refugees?
3
Russian crew back to Earth after filming first movie in space
4
NASA to launch Lucy probe to study Jupiter's Trojan asteroids
5
Why are more Americans choosing to turn away from marriage?

NASA's Mars Ingenuity helicopter has been given at least an extra month to tackle tough new terrain and support Nasa’s Perseverance Rover, helping with its hunt for signs of life.

Instead of wrapping up flight tests at the beginning of May, NASA is giving its Ingenuity helicopter at least an extra month to tackle tough new terrain and serve as a scout for its companion rover, Perseverance.

Officials announced the flight extension on Friday, following three short flights in under two weeks for the $85 million tech demo. Soon afterward, there was more good news: Ingenuity — the first powered aircraft to soar at another planet — had aced its fourth flight at Mars.

Just another day on Mars, shooting video of a flying helicopter. Quick preview of #MarsHelicopter’s Flight 4 takeoff below; more pics and video yet to come.

Typical photographer: lots of gear to juggle and mountains of files to upload! Newest pics at: https://t.co/L6lhCNdqWq pic.twitter.com/jpJHeDuQcA

For Friday's trip, Ingenuity traveled 266 meters at a height of 5 meters for two minutes, considerably farther and longer than before.

An attempt on Thursday had failed because of a known software error.

On its fifth flight in another week or so, the 1.8-kilogram chopper will move to a new airfield on Mars, allowing the rover to finally start focusing on its own rock-sampling mission. The rover is seeking signs of ancient life at Jezero Crater, home to a lush lakebed and river delta billions of years ago.

The helicopter team at NASA's Jet Propulsion Laboratory in Pasadena, California, expects to chalk up a sixth and seventh flight in May.

The previous limit had been five. If all goes well, the helicopter mission could go even longer.

“Ingenuity loves Mars,” project manager MiMi Aung told reporters. “It takes off and I almost feel the freedom that it feels."

Now Perseverance will take priority, scoping out the rocks around the February 18 landing site. Ingenuity hitched a ride to Mars on the rover's belly, launching from Cape Canaveral last summer. Managers expect the rover to collect its first sample in July for return to Earth in a decade.

The rover will continue to relay data and pictures from the helicopter, but stop taking its own chopper shots. The two spacecraft must be within a 1 kilometre of one another, for communication relay.

Designed to operate on Mars for 30 days, Ingenuity probably can survive the freezing Martian nights — and repeated flights in the extremely thin atmosphere — for at least another few months.

“We really do expect some finite life," Aung said, “and so it will be a race between how long these parts surprise us in surviving." 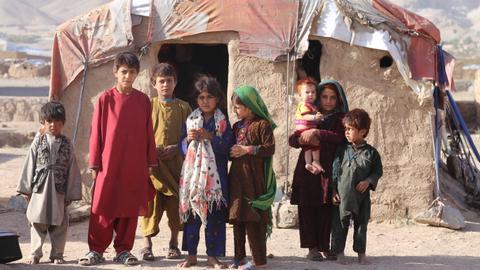 1
Belgium enters fourth infection wave as cases jump – latest updates
2
Is the world in need of a new definition for refugees?
3
Russian crew back to Earth after filming first movie in space
4
NASA to launch Lucy probe to study Jupiter's Trojan asteroids
5
Why are more Americans choosing to turn away from marriage?