1
Boeing's Starliner capsule launches to space station in key test
2
North Korea reports 'good results' in Covid pandemic fight
3
US unveils plan to capture, store CO2 directly from air
4
Immortal Faces: from coins to sculptures of antiquity, a feast in Istanbul
5
What we know about breast cancer in men

Covid-19 has infected more than 299M people and killed over 5.4M worldwide. Here are some of the latest coronavirus-related developments:

Pakistan’s president has tested positive for Covid-19 for a second time.

"I have tested ive for Covid again. Had a sore throat since 4-5 days & was getting better. Felt mildly feverish for a few hours two nights ago. No other symptoms," Arif Alvi tweeted.

He advised the public to take precautions to stem the virus’ spread.

Turkiye has reported 68,413 new Covid-19 cases and 156 deaths, according to the country's Health Ministry.

To stem the virus’s spread, the country has administered more than 134.86 million doses of vaccines since it launched an immunisation drive in January 2021.

Italy has registered 138,474 deaths linked to the virus since its outbreak emerged in February 2020, and has reported 6.975 million cases to date.

Asian financial hub Hong Kong banned flights from eight nations as part of strict new virus curbs, with Omicron outbreaks spiralling out of control from Europe to the United States.

British hospitals have switched to a "war footing" due to staff shortages caused by a wave of Omicron infections, the government said, as the country's daily Covid caseload breached 200,000 for the first time.

The 24-hour tally, after chalking up multiple records in the run-up to New Year, hit 218,724 and another 48 deaths were reported in the latest government data.

Over 4,000 children hospitalised with Covid-19 in US

Over 4,000 children have been hospitalised across the US with Covid-19-related symptoms, data released by the Washington Post newspaper indicates.

The data showed an historic level of adolescent hospitalisations as the omicron variant continues to lead to record-highs in caseloads that have stressed the American healthcare system.

Cases have more than doubled in the less than two weeks since Christmas Day when they sat at under 2,000.

The number of Covid-19 deaths in French hospitals rose by 204 in the last 24 hours, taking the total since the pandemic began to 97,874.

US tightens Covid infection controls at bases in Japan

Japanese Foreign Minister Yoshimasa Hayashi has asked that the US military in Japan stay inside its bases to prevent the further spread of Covid-19.

Hayashi said he spoke on the phone with US Secretary of State Antony Blinken and was promised utmost efforts to ensure people's health.

It was not immediately clear if a base curfew would be issued.

After the call, US military bases in Japan introduced stricter Covid-19 measures.

US Forces Japan said it was establishing more stringent measures, including requiring personnel to wear masks off base and stricter testing.

"The mitigation measures we have instituted...are intended to protect our force's readiness, the well-being of our families, and the health of Japan's citizens," the force said in a statement.

American forces have come under fire after a spike in coronavirus cases in areas where they are based in large numbers, including Okinawa and Iwakuni, both in southern Japan.

More than 100,000 US service members, dependents and contractors are stationed in Japan.

The French parliament approved the government's latest measures to tackle Covid-19, including a Covid vaccine pass, after President Emmanuel Macron drew great criticism of his attack on the unvaccinated.

The legislation for the Covid vaccine pass was approved by 214 members of parliament, versus 93 who voted against it, while there were 27 abstentions.

The measures will then go up to the Senate, which will examine it before any further approval.

Macron had said he wanted to "piss off" unvaccinated people by making their lives so complicated they would end up getting the Covid vaccine.

He was speaking in an interview with Le Parisien newspaper, in which he also called unvaccinated people irresponsible and unworthy of being considered citizens.

Election rallies have been cancelled in India's heartland as authorities fret over a sudden Covid surge, driven by the Omicron variant, which has seen confirmed infections nearly triple in two days.

Teeming crowds have thronged campaign events for next month's poll in Uttar Pradesh - the country's most populous state with over 200 million people and a pillar of support for the ruling Bharatiya Janata Party (BJP).

But with several cities imposing coronavirus curfews and health experts warning of exponential infection growth, several parties have brought their public campaigns to a halt.

India recorded more than 90,000 new infections overnight while financial capital Mumbai saw its highest daily count yet in the pandemic.

4 Serie A games won't be played amid Covid concerns

At least four of the 10 Serie A matches scheduled won’t be played after local health authorities ordered teams into quarantine amid rising coronavirus cases.

The quarantine orders came from authorities in Bologna, Turin, Udine and Salerno. The matches affected so far are: Bologna vs. Inter Milan, Atalanta vs. Torino, Fiorentina vs. Udinese and Salernitana vs. Venezia.

In all, more than 70 players in the league are Covid positive.

A government-commissioned survey found that more than 85% of Indonesia's population had developed antibodies from a combination of Covid-19 infections and vaccinations.

Pandu Riono, an epidemiologist involved in the survey, said the level of immunity could explain why there had not been a significant jump in Covid-19 infections since the middle of 2021.

Indonesia's second wave of infections - driven by the Delta variant - peaked in July and August, with infections plummeting from more than 50,000 a day to just a few hundred a day in recent months.

But epidemiologists warned it was not clear whether this immunity could help contain a fresh wave of coronavirus infections.

The antibodies may provide some protection against new variants, including the highly contagious Omicron, Pandu said, though adding it would take months for this to become clear.

Pandu said the survey did not negate a need for more people to be vaccinated, even those that had already been infected.

France has set a record for new Covid cases over a 24-hour period with more than 332,000 additional infections, according to the latest official figures.

It was the first time that French cases breached 300,000, smashing the previous record established on Tuesday when 271,686 new Covid cases were recorded.

Over the same period, another 2,483 people were admitted to hospital Wednesday, 396 of them to intensive care.

The Grammy music awards and the renowned Sundance film festival have fallen victim to Omicron's relentless march, as the variant's surge gathered pace in Europe.

Argentina has registered its highest single-day total for Covid-19 cases, with 95,159 infections in the last 24 hours.

The country also reported 52 deaths in the period, according to data from the Ministry of Health.

Argentina is in the midst of a third wave of Covid-19 infections and has set a number of coronavirus records in recent weeks.

Brazilian health authorities have authorised Covid-19 vaccines for children age five to 11, as South America's most populous country faces a rapid increase in cases due to holiday gatherings and the arrival of the Omicron variant. 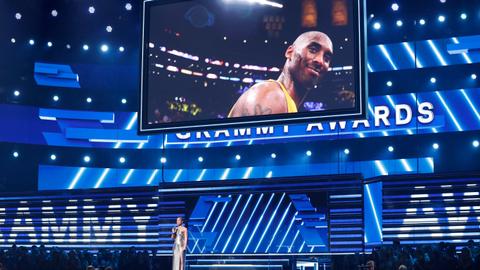 1
Boeing's Starliner capsule launches to space station in key test
2
North Korea reports 'good results' in Covid pandemic fight
3
US unveils plan to capture, store CO2 directly from air
4
Immortal Faces: from coins to sculptures of antiquity, a feast in Istanbul
5
What we know about breast cancer in men