Sidhu Moose Wala, who was killed while driving his car in Punjab state, was not travelling with his bodyguards and left his bullet-proof vehicle at home, according to police.

An Indian rapper with a major following both at home and among the diaspora in Canada and Britain has been gunned down near his hometown in a gang-related killing, police have said.

Viresh Kumar Bhawra, state police chief, said on Monday that the killing of Shubhdeep Singh Sidhu, known as Sidhu Moose Wala, "looks like an inter-gang rivalry" and added that a Canada-based gangster known as Goldy Brar "has claimed the responsibility on behalf of the Lawrence Bishnoi gang".

Bhawra, who is facing questions about reducing Sidhu's security detail last week, said the rapper was not travelling with his bodyguards and even left his bullet-proof vehicle at home.

Punjab chief minister Bhagwant Mann on Monday announced a judicial commission and promised that the "perpetrators of the heinous crime will be behind the bars soon".

Sidhu was driving his SUV in the northern state of Punjab when he was attacked by suspects in two or three cars who fired about 30 bullets on Sunday afternoon.

'Stunned by the shocking death'

28-year-old rapper earned a particularly large following among young Punjabi men with his catchy rap videos that attacked rival singers and politicians, and portrayed him as a man who fought for the community's pride, delivered justice and gunned down his rivals.

The political bid attracted additional scrutiny and criticism of Sidhu's work with rivals accusing him of glorifying guns, Sikh nationalism and gang culture.

His biggest hits, such as "Legend", "Old Skool", "Devil" and "Just Listen", are among the most popular tunes on different short-video platforms in India.

Canadian rapper Drake posted a picture of Sidhu with his mother on Instagram, and joined Indian stars in expressing shock at the killing.

"Stunned by the shocking death of #SidhuMoosewala.

Punjab is a major transit route for drugs entering India from Afghanistan and Pakistan, and the issue has become a hot-button political issue in the last few years.

Many observers link the narcotics trade - mostly heroin and opium - to an uptick in gang-related violence and the use of illegal arms in the state. 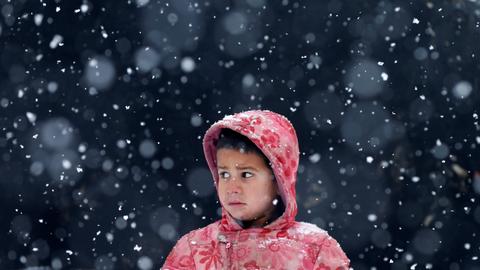