Chinese scientists created coronavirus in a lab and then tried to conceal it by "reverse engineering" variants of the deadly virus to make it appear as if it developed from bats, claims a new study reported by the Daily Mail.

Covid-19, which emerged in China in late 2019, has killed 3.34 million people, cost the world trillions of dollars in lost income and upended normal life for billions of people.

The new study, obtained by the Daily Mail and due for publication soon in the Quarterly Review of Biophysics Discovery, alleges the "deliberate destruction, concealment or contamination of data" and says the authors have "prima facie evidence of retro-engineering in China".

The journal article, written by British Professor Angus Dalgleish and Norwegian scientist Dr Birger Sorensen, also notes the silencing of scientists in China who spoke out about the virus.

China has been accusing the US of politicising the pandemic and saying that international experts had "repeatedly praised China's open and transparent attitude" to Covid origins.

(and, it goes without saying)

5) This will become more political

Dalgleish and Sorensen alleged that they noticed "unique fingerprints" in the coronavirus that suggest manipulation in a laboratory around a year ago but were rejected for publication by major scientific journals due to beliefs that the virus originated from a bat.

In its final report, written jointly with Chinese scientists, a WHO-led team that spent four weeks in and around Wuhan in January and February said the virus had probably been transmitted from bats to humans through another animal, and that a lab leak was "extremely unlikely" as a cause.

But in May, a group of leading scientists said the origin of the novel coronavirus is still unclear and the theory that it was caused by a laboratory leak needs to be taken seriously until there is a rigorous data-led investigation that proves it wrong.

Earlier this week, US President Joe Biden ordered aides to find answers to the origin of Covid-19, saying that US intelligence agencies are pursuing rival theories potentially including the possibility of a laboratory accident in China.

Biden asked US intelligence agencies to report back within 90 days, and he told reporters on Thursday that he aimed to release their results publicly.

The Democrat directed US national laboratories to assist with the investigation and the intelligence community to prepare a list of specific queries for the Chinese government. He called on China to cooperate with international probes into the origins of the pandemic.

Washington has called for the WHO to open a second phase to its investigation on Covid-19's origin.

Americans deserve answers to questions about the origins of COVID-19 and China’s role in the spread of this deadly virus.

It’s time to investigate the Wuhan lab and hold the CCP accountable for its actions. pic.twitter.com/wFegUuWN50

China was slammed last year by former US president Donald Trump, who had promoted the theory that the virus could have leaked from the Wuhan Institute of Virology and accused Beijing of not being transparent about the initial outbreak.

Chinese scientists and officials have consistently rejected the lab leak hypothesis, saying SARS-CoV-2 could have been circulating in other regions before it hit Wuhan, and might have even entered China from another country via imported frozen food shipments or wildlife trading.

Do you think the China Corona Virus originated in a lab in Wuhan?

The newspaper said the previously undisclosed report – which provides fresh details on the number of researchers affected, the timing of their illnesses, and their hospital visits – may add weight to calls for a broader investigation into whether the Covid-19 virus could have escaped from the laboratory.

The Journal said current and former officials familiar with the intelligence expressed a range of views about the strength of the report's supporting evidence, with one unnamed person saying it needed "further investigation and additional corroboration." 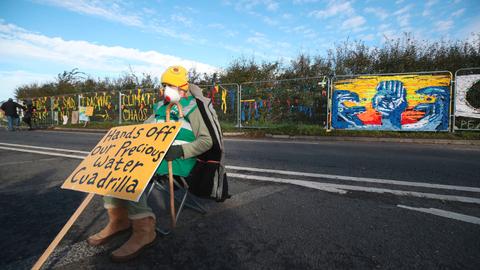