Swedish teenage activist Greta Thunberg has emerged as an iconic figure since she began her protest for climate action alone in August outside the Swedish parliament.

Swedish teenage activist Greta Thunberg urged European politicians on Friday to focus on the climate crisis instead of “bickering,” as children walked out of classes around the world to back her demands for urgent action to curb carbon emissions.

With the 28 countries of the European Union voting to choose the bloc’s next parliament this week, 16-year-old Thunberg said the threat of societal breakdown posed by runaway climate change overshadows every other campaign issue.

"If the EU were to decide to seriously fight the climate crisis, it would mean a decisive global change. And the EU election should reasonably only be about this. But it isn’t. Not at all," Thunberg told thousands of supporters gathered in Kungstradgarden Square in Stockholm’s banking district.

"This election campaign is about politicians bickering with other politicians about other issues that in a bigger perspective won’t be of any significance at all," she said.

By 1600 GMT, at least 300,000 young people had joined the strike in more than 1,780 cities in 128 countries, according to an early tally on the website of the Fridays for Future movement, a network of young climate protesters.

The numbers were expected to climb significantly as protesters gathered in North and South America and more rallies were added to the count. An estimated 1.5 million young people took part in a previous global school strike on March 15.

Climate change has moved up the political agenda this year, with fears among young, first-time voters that they will bear the brunt of global warming spurring a wave of support for Green candidates.

But much of the debate during European campaigning has focused on issues such as immigration and austerity, rather than exploring how society might convert to a low-carbon economic model in time to avert the grimmest climate scenarios.

Thunberg has emerged as an iconic figure since she began her protest for climate action alone in August outside the Swedish parliament. She has won a nomination for a Nobel Peace Prize, featured on the cover of Time magazine and travelled Europe by train to lambast senior figures in government and industry.

Children, teenagers and adults who had felt powerless in the face of the climate crisis have rallied behind the Fridays for Future movement in the hope of forcing politicians and business leaders to heed the warnings of scientists.

"We are putting pressure on the governments and we want them to act fast and now," said David Wicker, 14, who joined some 7,500 young protesters in Brussels.

Young people who took time off school to protest on Friday urged adults to heed calls by climate activists for a global general strike on September 20.

In Paris, Celia Benmessaoud, 15, held up a sign saying "There’s Is No Planet B," and said she hoped the school strike would change the world – echoing hopes voiced by participants from India, Turkey and Gambia to countries across Europe.

Earlier, schoolchildren and students had kicked off the protests in New Zealand and Australia.

"I’m worried about all the weather disasters. Every time we have huge a bushfire here another animal might go extinct," said Nina Pasqualini, a 13-year-old at a rally in the Australian city of Melbourne that was led by the civil disobedience movement Extinction Rebellion.

"The government isn’t doing as much as it should. It’s just scary for younger generations," she said, holding up a placard seeking to stop a proposed new coal mine in Australia.

Global carbon emissions hit a record high last year, despite a warning from the UN-backed Intergovernmental Panel on Climate Change in October that output of the gases will have to be slashed over the next 12 years to stabilise the climate.

Sophie Hanford, a national organiser in New Zealand, and the Melbourne organisers said they anticipated a huge turnout at the general strike planned for September.

"There’ll definitely be more. This is only the beginning," Hanford said on New Zealand’s "Breakfast" TV show. 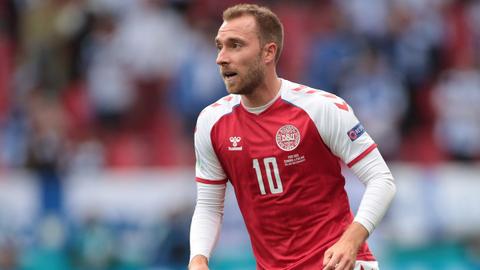