Abu Firas, a senior commander and former spokesperson of Nusra Front, has been killed in a drone strike in the opposition-held northwestern province of Idlib, the Pentagon said on Monday.

Peter Cook said the strike on Sunday occurred in a location where several militants were believed to have been killed.

"We assess that Al Qaeda's senior leader Abu Firas al Suri was in that meeting and we are working to confirm his death," added Cook, who took care not to designate Suri as leader of Nusra Front -- a rebel group the US considers an Al Qaeda-affiliate.

Cook sought to evade several questions on whether the strike implicates Nusra Front leaders and its members as legitimate targets for the US.

"We consider Al Qaeda members in Syria to be legitimate targets, and that was the focus of this strike," he said.

"Al Nusra has been an affiliate of Al Qaeda, and so to the extent that there's a distinction there." Cook also declined to give the exact location of the strike but local sources told Anadolu Agency that the group was targeted in Kafer Calis village, in Idlib province.

Al Suri is a Syrian national and a longtime Al Qaeda member, dating to his fighting for the group in Afghanistan in the 1980s and 1990s.

He worked with Osama bin Laden and other founding Al Qaeda members to train fighters and conduct global attacks, according to the Pentagon. He is believed to have joined DAESH in 2013.

Pro-Nusra activists affirmed on social media accounts the death of Abu Firas in a US air strike on Sunday alongside 15 others including his son in the Kafer-Jales village of northwestern Idlib city. 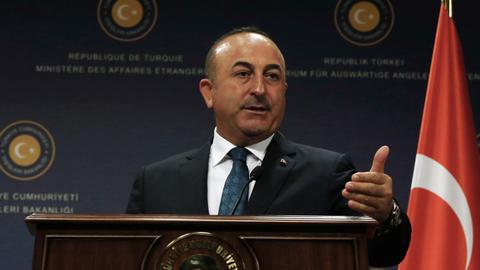