The hijab-wearing model explained her decision to quit on Instagram Stories, drawing support from fans and peers alike.

Hijab wearing model Halima Aden has said she is stepping back from fashion because working in the industry has led to her compromising her beliefs.

In a series of posts on Instagram Stories earlier this week she spoke about missing prayer times and wanting to be the “hot hijabi'' in her pursuit of a modeling career.

In one instance she recalled being made to pose with a pairs of jeans for a head covering but despite her discomfort was too afraid to speak up.

Citing a period of reflection throughout this year and her mum's unchanging opposition to her modeling career – Aden has said she can no longer justify such compromise.

“Looking back now I did what I said I would never do. Which is compromise who I am in order to fit in,” Aden said in the heartfelt posts. She added that she felt like “a minority within a minority” and described the lack of understanding for her hijab from others in the industry, as well as her subsequent isolation.

Aden’s inclusion as the first hijab wearing model on a mainstream runway took the fashion industry by storm in 2017.

“Cancel me ? who gone cancel me?” “I’m bowing out gracefully.”

From refugee camp to Milan

Following her turn on the Yeezy runway during New York Fashion week she went onto walk for Maxmara in Milan while later going on to front campaigns for the brand.

Gracing two separate Vogue covers, Aden’s rise was much applauded and presented as evidence of inclusivity and change within the fashion industry. But rather than the industry moving to be more inclusive of Aden, her posts indicate somewhat more sacrifice on her part.

Whether it’s the mainstream catwalk with Halima Aden or  social media influencers seated front row at modest fashion shows, critics have long argued that the fashion scene is capitalising on religious principle while in actuality being little different to mainstream fashion – with “a blurring of boundaries and intention”.

Following her posts, messages of support began to flood in on social media from people inspired by her “courage” and “strength” to stand by her principles and step away from her commercial success, some reflecting on their own “hijab journey” .

“I love Halima Aden’s willingness to grow in public," wrote one supporter, while another said: “Her experience is inspiring”

The messages of support came not just from fans but from her peers too; British model Leomi Anderson and the Hadid sisters. Gigi and Bella among them.

“As a hijabi or not to self-reflect and get back on track with what feels genuine to us- it’s the only way to feel truly fulfilled” the American model Gigi Hadid said.

Aden, who is an American of Somali origin, was born in a Kenyan refugee camp and became a UNICEF ambassador in 2018, a role she considers  a highlight of her rise to fame.

What will come next for the trailblazing model is difficult to be sure off but Aden has thrown a boulder into the fashion industry, targeting it for its lack of inclusivity, while also exposing the way in which society understands religious dress. Yasmin Khatun Dewan is a News Editor at TRT World 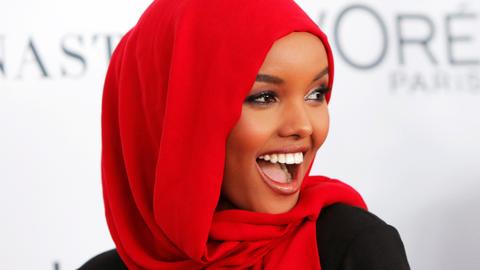 Did the woman who appeared in a ‘burkini’ empower Muslims or bust a myth? 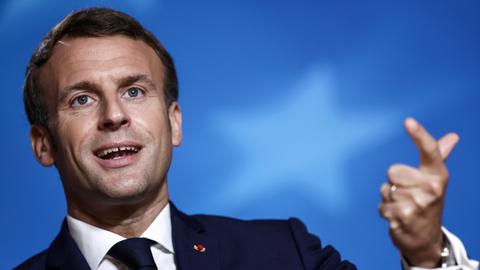