Russian athletes will return to competition across all sports after the World Anti-Doping Agency lifted ban on Russia's anti-doping agency, a decision greeted with dismay by campaigners and many countries.

Australia blasted the decision to lift a ban on Russia's anti-doping agency on Friday, saying it could damage athletes' confidence in the fight against drugs.

The World Anti-Doping Agency's (WADA) move on Thursday paves the way for Russian athletes to return to competition across all sports.

But it was met with condemnation by the United States and others, who have accused WADA of caving in to pressure from the International Olympic Committee.

'...the system has failed them'

Australian Sports Anti-Doping Authority chief executive David Sharpe said administrators must remember that sport was about athletes and the fans.

"Today athletes have every right to feel the system has failed them," he said.

ASADA was a signatory to a statement issued prior to the meeting on Thursday which called for voting on the Russian agency RUSADA's return to be postponed until it had fully met all of the conditions in a roadmap created by WADA.

Sharpe said the decision strengthened his commitment to the pursuit of clean, fair sport.

Although the change will have no immediate effect on current bans on the Russian federations for athletics, weightlifting and Paralympics, it opens the door for their return, following the reinstatement of the Russian Olympic Committee after the country was banned from this year's Winter Games in South Korea.

RUSADA was suspended in November 2015 after an independent WADA report carried out by Canadian lawyer Richard McLaren outlined evidence of massive state-backed, systematic doping and cover-ups in Russian sport.

RUSADA could be banned again

WADA has repeatedly said since that RUSADA would not be reinstated until it satisfied key criteria on a "roadmap for return", including recognising the findings of the McLaren Report and allowing access to stored urine samples at RUSADA's Moscow laboratory.

At Thursday's WADA executive committee meeting in the Seychelles, members approved a lesser version of the first point - an acceptance of the IOC's Schmid Report, which endorsed the core findings of the McLaren Report - and set another "clear timeline" for the implementation of the second.

That means, after remaining banned for refusing access to the Moscow lab, RUSADA is now approved, but could be banned again if access continues to be denied. 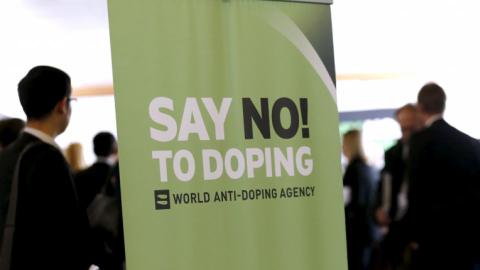