Brazilian police stopped three US Olympic swimmers from boarding a flight home on Wednesday to question them about inconsistencies in their accounts of being robbed at gunpoint in Rio de Janeiro, police sources said.

Federal police also want to question gold medallist Ryan Lochte, but he had already returned to the United States.

A Brazilian judge ordered police on Wednesday to seize the passports of Lochte and fellow gold medallist James Feigen so they could be questioned over their description of the robbery, which took place in the early hours of Sunday morning and also involved team mates Gunnar Bentz and Jack Conger.

Lochte, 32, one of swimming's most decorated Olympians, had flown home already on Monday, a police spokesman said. The other three men were stopped by police at Rio's international airport on Wednesday evening, one police source said.

A spokesman for the US Olympic Committee (USOC) confirmed that Bentz and Conger were pulled from their flight.

"We can confirm that Jack Conger and Gunnar Bentz were removed from their flight to the United States by Brazilian authorities," said Patrick Sandusky, USOC spokesperson.

"We are gathering further information."

The police source said Feigen had been detained by police before he boarded the plane and was then taken for questioning along with the other two. There are no charges facing the three men, the source said. 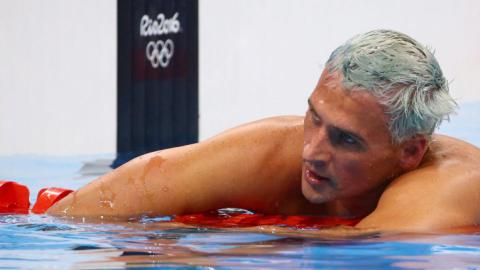 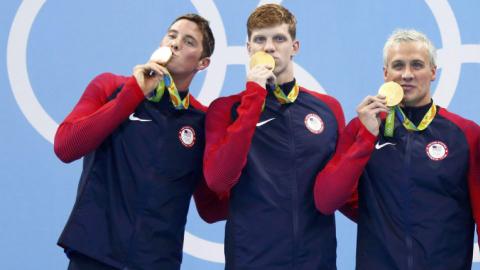