The all-Buenos Aires clash, the first time Argentina's two biggest clubs had met for the title, was billed as the greatest final in the competition's 58-year history but will instead be remembered for the violence that left players bleeding.

Tense scenes between police and rioters in Buenos Aires on Saturday after the second leg of the Copa Libertadores final between River Plate and Boca Juniors was cancelled due to violence.

The delay was announced after Boca players were hurt when their bus was attacked on its way into the stadium, organisers said.

Some reports said Argentine police fired tear gas at River fans who were throwing missiles at the Boca bus and the gas got into the vehicle while others reported that the damage was caused by River fans.

Boca officials told reporters some of their players were not fit to play in the match.

Clarin said six players had vomited in the dressing-room after gas drifted into bus windows smashed by River fans outside the stadium.

The incident comes three years after a Copa Libertadores last-16 tie between the same teams was abandoned at halftime after Boca fans attacked the River players with pepper spray in the tunnel. 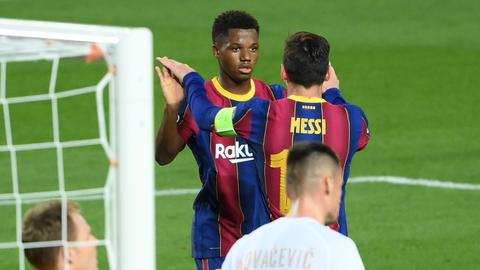