Football returns from Covid-19 stoppage despite experts warning of risks

Major clubs are looking at billions in losses if the season isn't completed, but virologists and sports medics see a risk in resumption of games amid pandemic.

Professional football leagues around Europe are gearing up for a return to action following the novel coronavirus stoppage, but experts insist resumption of games poses a real "risk of death" even with precautions.

Germany's Bundesliga will be the first major football league in Europe to return to action on May 15 after being suspended in March as the coronavirus spread across the continent, claiming almost 150,000 lives in Europe and stopping economic and sports activity.

"Sports can resume once testing, tracing and isolating is widely available but I don't know if now is the right time," Dr Masood Aga, a consultant and speciality lead in occupational medicine at Sandwell and West Birmingham NHS Trust, told TRT World.

Chancellor Angela Merkel and state leaders earlier gave the Bundesliga the green light to restart behind closed doors under a plan that includes regular testing of players.

Permission was granted on condition that strict guidelines are followed, with a hygiene officer appointed to each team, to prevent contagion of the virus.

So far, clubs in the top two divisions have returned 10 positive results for coronavirus from 1,724 tests since training resumed.

"Strictly speaking, every player would have to be checked every day. Otherwise, a silent spread of the virus between the players or teams cannot be ruled out," expert virologist Professor Jonas Schmidt-Chanasit told a German newspaper BILD.

Schmidt-Chanasit has previously pitched for games to be scheduled in 2021 or when a vaccine is developed.

"There are worries about what that means for their families and friends that they engage with. They are worried very much that they represent something in society that might give a bad influence."

English Premier League clubs reaffirmed their commitment last week to finish the season subject to restrictions being lifted in Britain.

The English top flight faces an estimated loss of around £1 billion ($1.25 billion) if the season cannot be completed.

Plans to stage the 92 remaining games behind closed doors, reportedly at up to 10 neutral venues, would mitigate the financial damage.

Prime Minister Boris Johnson is expected to outline details of how Britain will exit lockdown on Sunday before the next Premier League meeting to discuss the restart plan takes place a day later.

Premier League chiefs have targeted a return to action in June and several clubs have reopened their training grounds for players to use on an individual basis.

A large supply of privately sourced tests would be needed for players, coaches and backroom staff.

But some club doctors have written a 100-point email to Premier League "seeking urgent answers and raising concerns surrounding the return of football."

According to The Athletic, the doctors have warned of "multiple Covid-19 concerns" that they say have not been addressed, including guidelines that still carry risk of death, liability, insurance and testing for players, staff and their families.

They are also worried the virus contamination is still possible through sweat and goalkeeper gloves, and there is an "increased risk for black, Asian and minority ethnic (BAME) groups."

"Theoretically, the risks for players themselves after careful testing are low but for others who may be watching remotely the temptation may be to watch together and the risks may be high if this breaches social distancing," Aga told TRT World.

According to a recent Lancet study, increased risk of Covid-19 transmission during training is more likely in certain athletic settings where athletes train in groups, or engage in contact sports.

The study 'Respiratory health in athletes: facing the Covid-19 challenge' says there is a risk of transmission if the athletes "do not adhere to universal guidelines for social distancing, make use of shared equipment, do not practice universal guidelines to maintain personal hygiene, and use common facilities such as changing rooms."

"There is, however, currently no specific data available regarding the prevalence, nature, and behaviour of Covid-19-related illness in athletic individuals," it said.

It does advocate changing return-to-play protocols. Athletes are often allowed to exercise and play if their respiratory illness is confined to the upper airway. Authors of the April 8 paper recommend changing these to rest until full recovery.

Spain's La Liga is planning to complete its season behind closed doors, with games re-starting in mid-June.

France is not alone. The Dutch season was abandoned, and Belgium is unlikely to restart.

The fate of Italy's Serie A championship hung in the balance on Thursday as state scientists huddled with football bosses in a desperate effort to save the pandemic-interrupted season that may face lawsuits if not completed.

The high stakes talks come with pressure mounting from sports-deprived fans and cash-starved sponsors for Italy to follow the German Bundesliga's lead and return to action.

Turkey will resume its soccer league from June 12 and aims to complete the season by the end of July.

This is despite a recommendation by a key medics' body to avoid resuming sports amid the pandemic.

"Our basic recommendation is that all organisations shouldn't restart sports until the pandemic is over or the risk is minimum," Metin Ergun, President of Turkish Sports Medicine Association, told TRT World.

"As they say, prevention is better than cure," Ergun said.

"And if Turkish clubs go ahead with the sports, there are 14-point guidelines that our association has prepared for them to minimise the contamination risks among athletes, technical teams and all other employees," he added.

While the risk remains, some experts say professional athletes recovering from a mild case of coronavirus should not face any major harm to their lungs.

"Considering how most athletes are younger than 30 or 40, and they have mild symptoms, we can project that this disease largely won't impact their careers," Dr Bahadir Ceylan, an infectious disease specialist at Medipol Mega University Hospital in Istanbul, told Anadolu Agency.

However, Ceylan said that even though older people face the greatest risk from coronavirus, even young people age 20 or 30 could face mortal danger depending on the severity of this disease.

"Heavy or mild, the virus affects the lungs," said Ceylan. 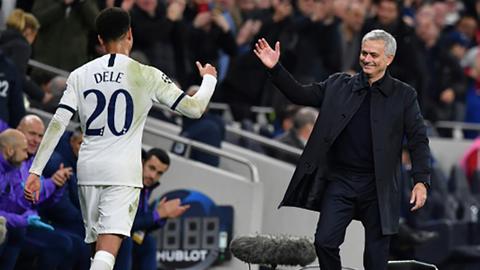 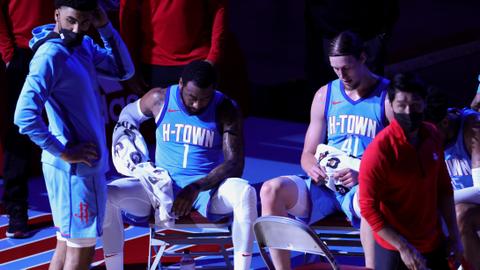