The 1-1 draw means United remain fifth in the standings on 40 points from 24 matches played, 20 points adrift of leaders Manchester City.

Manchester United's frustrating season has continued with a disappointing 1-1 draw at home to Southampton in the Premier League.

United started brightly, creating several early openings before Jadon Sancho got on the end of Marcus Rashford's low cross to fire the hosts in front in the 21st minute – the England forward's first goal at Old Trafford on Saturday.

However, United, just as they did against Burnley in midweek, dropped off after scoring and again conceded early in the second half, when Scotland international Che Adams slotted home in the 48th minute to equalise.

Saints wasted two great chances to complete the turnaround as the Old Trafford fans grew more and more frustrated about another game that was slipping out of their team's hands.

Cristiano Ronaldo thought he had scored a late winner for United, only for his close-range strike to be ruled out for offside.

Veteran forward Ronaldo has now failed to score in any of his last six appearances in all competitions. The last time he had a longer run without a goal at club level was a run of seven games in December 2008 and January 2009.

The draw means United remain fifth in the standings on 40 points from 24 matches played, 20 points adrift of leaders Manchester City, while Saints stretched their unbeaten run to four in all competitions to stay 10th.

READ MORE: Manchester clubs guilty of the most waste in transfer spending

"We are conceding fewer goals than before but it doesn't help when you don't score more than one," coach Ralf Rangnick said. "We should have been two or three goals up after 20 minutes again.

"Then after two minutes (of the second half) exactly what happened at Burnley happened again, we conceded early in second half after being in possession. It is very frustrating for me and the players. It is a major problem, along with our goals."

United have suffered from severe profligacy in front of goal of late. Before the visit of Southampton, United had wasted 70 shots at goal in their previous three games in all competitions, scoring just three times.

Ronaldo, back in the starting XI after being benched at Burnley, should have scored after rounding Saints goalkeeper Fraser Forster, but Romain Perraud got back to block.

Sancho then had Ronaldo and Rashford to his right as United broke clear in numbers, but the 21-year-old elected to go alone, forcing a fine save out of Forster.

The chances kept coming, with Sancho making one count at the far post after Bruno Fernandes had set Rashford free down the right. The England forward picked out Sancho at the back post, and he could not miss.

From there on, until the interval, it was all Saints, with Stuart Armstrong twice going close before Perraud was denied by a fine save by United goalkeeper David de Gea.

After conceding two minutes after halftime at Burnley, it was déjà vu for United fans as Adams slotted home his sixth league goal of the season to level. 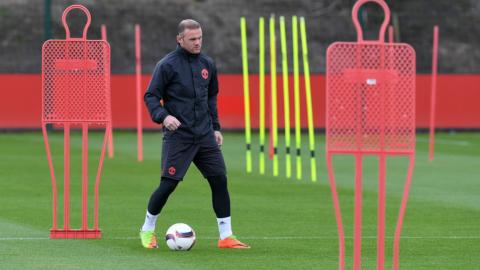