Reigning champions the United States were given a huge scare in a nail-biting 93-92 overtime victory over Turkey at the Basketball World Cup in China on Tuesday.

Khris Middleton was the overtime hero for Gregg Popovich's young team, who are chasing a third title in a row but are yet to gel.

After Sunday's comfortable but unspectacular 88-67 win over the Czech Republic, Popovich said there was room for improvement.

There was more evidence of that in Shanghai as they made incredibly hard work of dismissing Turkey, beaten by Team USA in the 2010 final.

The US led at half-time only for Turkey — ranked 17th in the world to America's number one — to tie at 59-59 with less than two minutes left of the third quarter.

That brought a huge roar from much of the crowd and the Turks looked all set for victory with seconds left, only for Jayson Tatum to rescue the Americans by making two of three free throws at the death.

In overtime, Milwaukee Bucks forward Middleton — who was to lead the US scoring with 15 points — held his nerve to nail two free throws to snatch a dramatic win.

Popovich's team, one of the youngest at the 32-team competition, look uncharacteristically vulnerable.

They lost 98-94 to Australia in a warm-up ahead of the World Cup, the hosts ending the USA's run of 78 consecutive wins in major competitions and exhibition games.

After four days of competition, Serbia looks most likely to snatch the Americans' long-held crown.

Australia, another touted as a threat to the US, reached the second round with a Joe Ingles-inspired 81-68 victory over Senegal.

The Boomers defeated Canada in their opener in Group H — the so-called "Group of Death" — and recovered from an indifferent start to grind down Senegal with Utah Jazz forward Ingles one assist away from World Cup history.

Australia, who were not at their best, were 36-33 ahead at half-time after narrowly trailing a determined Senegal at the end of the first quarter.

Ingles, who admitted that the Australians were "rattled" by Senegal in the first half, was instrumental in the victory with 17 points, 10 rebounds and nine assists — just one assist short of the first triple-double in World Cup history.

Patty Mills, the 31-year-old San Antonio Spurs guard, was also in the thick of it for the Boomers, drilling 22 points.

Coach Andrej Lemanis called Senegal the tallest team he had faced and admitted that his side had been "a little clunky at times" offensively.

"Senegal presents some unique challenges with their overall size," he said.

Also in Group H, Lithuania are into the last 16 after beating Canada 92-69.

However, Greece, led by their NBA MVP Giannis Antetokounmpo, are in danger after they were squeezed out 79-78 by Brazil. 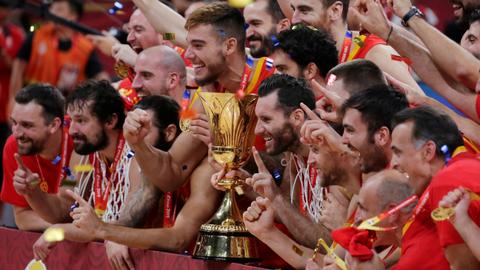 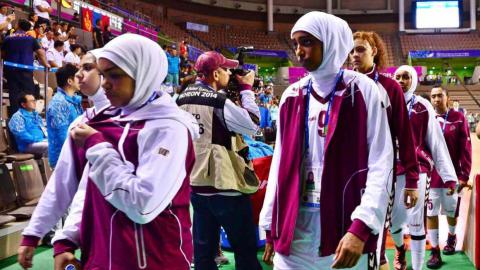