A look at Turkey's diplomacy over Operation Olive Branch

Many countries have showed support for the Turkey's military operation in Syria's Afrin region, but some have expressed concerns. Turkey says those concerns are misplaced.

Turkey's Operation Olive Branch in Syria's Afrin continues to push the YPG back from its border.

The Turkish military says hundreds of terrorists have been neutralised and the operation is achieving the desired objectives.

But away from the battleground, there is another active front - the diplomatic one.

TRT World's Hasan Abdullah takes a look at that. 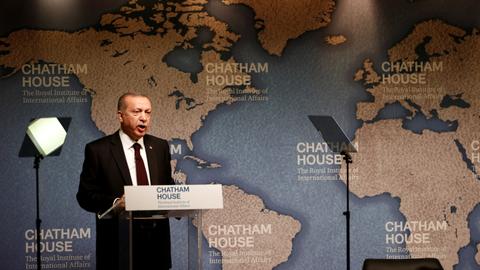 Erdogan: US has lost mediating role in Middle East after embassy decision