Ankara’s F-16 bid “will test US approach towards Turkey”

Turkey’s defence officials are in negotiations with US counterparts over remaining issues of its removal from the F-35 joint fighter jets programme for which Ankara had paid $1.4 billion.

Ankara’s F-16 procurement from the US is under negotiation, and will be a litmus test for Washington’s “intentions towards Turkey,” said country’s defence industries chief.

The US’ F-16 Block 70 fighters are part of the negotiations which Ankara aims to expand its F-16 fleet with, Ismail Demir added on Friday in an interview with public news agency, Anadolu Agency.

"This will test how good are US administration and Congress' intentions towards Turkey," Demir said.

The atmosphere in Washington is set against Turkey. The US lawmakers in Congress are trying to block military sales to Ankara.

Turkey has invested $1,4 billion F-35 joint fighter jet programme and it is currently in talks with the US government over compensation for the amount.

Following the defence procurement from Russia, the US government removed its NATO ally Turkey from F-35 fifth generation aircraft program and imposed CAATSA sanctions against Ankara, which includes Ismail Demir.

Stressing that demand for the F-16 Block 70 variant aircrafts is a different issue from Turkey’s modernisation of its F-16 fleet, Demir added that Ankara will take its capabilities a step further.

READ MORE: US to continue working with Turkey on its military modernisation needs

US Assistant Secretary of State for European and Eurasian Affairs Karen Donfried on Friday said the American government welcomes Turkey's interest in the purchase of F-16s.

"And I know that there's a delegation going shortly to Washington to continue the conversation on this. And we will continue through this technical process to move this request forward," she added.

Separately, Turkey is developing its supersonic aircraft, Hurjet, which aims to have both advanced training and light combat capacities.

Another project Ankara is developing is its indigenous fifth generation Turkish fighter jet, the TF-X.

The government is set to complete domestic design and development of the TF-X by 2030, which will replace the aging F-16 fleet of Turkish Air Force.

Turkey is planning to keep the TF-X operational in the Turkish Air Force's inventory until 2070s, according to Turkish Aerospace Industry.

READ MORE: Turkey to evaluate alternatives if US turns down F-16 deal 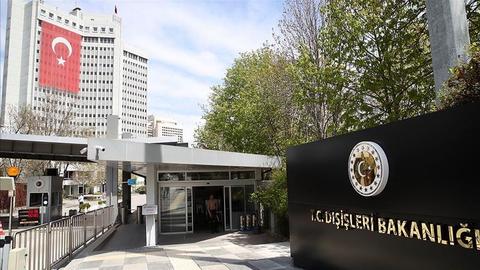