Athens says Turkish putschists could be tried in Greece

Greek Justice Minister Stavros Kontonis says that Athens is exploring whether eight Turkish soldiers who fled to the country after a failed coup attempt against Turkey can be tried in Greece.

Athens is exploring whether eight Turkish soldiers who fled to the country after a failed coup attempt against Turkey can be tried in Greece, Justice Minister Stavros Kontonis said in a news conference on Thursday.

Kontonis said Turkey would first need to make an official request for such a trial, which has not looked likely so far, as Turkey has twice sought their extradition to face justice at home.

"The possibility of them being tried here for crimes committed abroad is being explored," Kontonis told reporters during a news briefing. "The prime minister (Alexis Tsipras) has said that they must have a fair trial."

Kontonis also said that such a trial may be possible under the Greek penal code.

The trial could be on some, but not all, of the charges brought by Turkey, or even new ones. The two countries have signed agreements on criminal acts, such as terrorism, and the penal code may apply to both Greeks and foreigners, regardless of where any crimes were committed.

The soldiers have not been accused of anything by Greece.

The eight men—three majors, three captains and two sergeant majors—flew to Greece by helicopter on July 16, 2016, saying they feared for their lives.

Turkey regards the soldiers as traitors and has accused Athens of harbouring putschists. Greece denies the accusations and says justice is independent.

At least 249 people were killed and more than 2,000 injured as Turkish people took to the streets and fought against armed soldiers, tanks, helicopters and F-16 fighter jets to stop the coup attempt by a faction of the military.

Fetullah Terrorist Organisation (FETO) which led by Fetullah Gulen were responsible for the coup attempt. Gulen is living in self-imposed exile in the US since 1999.

FETO is also accused of being behind a long-running campaign to overthrow the state through the infiltration of Turkish institutions, particularly the military, police and judiciary.

Kontonis' statements are the latest twist in the case, which has strained relations between Athens and Ankara, the two NATO allies who are at odds over a host of issues, from ethnically split Cyprus to sovereignty over airspace.

Greek courts have already rejected requests that the soldiers be extradited to Turkey.

On December 29, an asylum board granted asylum to one of the soldiers — a pilot — a decision which further angered Turkey.

The Greek government then appealed the decision. Now a court plans to look into the case again.

Meanwhile, the soldier has been released. 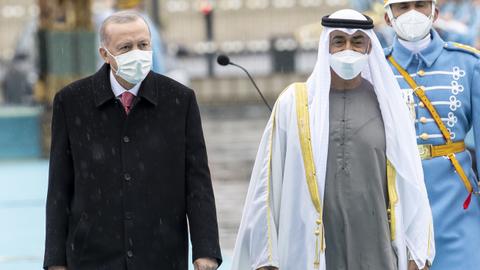