Rescue operation resumes despite inclement weather following an avalanche on Wednesday in eastern Van province during a search mission after a similar incident the day before, local officials say.

The death toll from two avalanches in eastern Turkey rose to 41 on Thursday, the government's disaster management agency said, as rescue teams continued a difficult search for two missing people.

Five people were killed in the first avalanche in Van province bordering Iran on Tuesday, only for rescuers to be hit by a second avalanche the following day.

Three more bodies were recovered on Thursday in Bahcesaray district of the province, the DHA news agency said, with the AFAD disaster agency saying a total of 84 people had been injured in the twin avalanches.

The first avalanche buried a minibus. While a rescue team was going to join search and rescue efforts, the second avalanche struck their vehicle and the team was engulfed by snow on Wednesday.

Osman Ucar, head of AFAD's Van office, was hospitalised after being caught in the avalanche. He told Ihlas News Agency from the hospital that some 200 people were working in the rescue operation but many were out of the immediate area when the second avalanche hit on Wednesday.

Meanwhile, a military service took place for the victims of the deadly incidents.

It was held for gendarmerie soldiers, security forces and firefighters killed in twin avalanches.

Last month, the eastern province of Elazig was hit by a powerful 6.7-magnitude earthquake that killed 41 people and injured more than 1,600 others.

A 2009 avalanche in the northeastern province of Gumushane killed 11 climbers in the Zigana mountains. 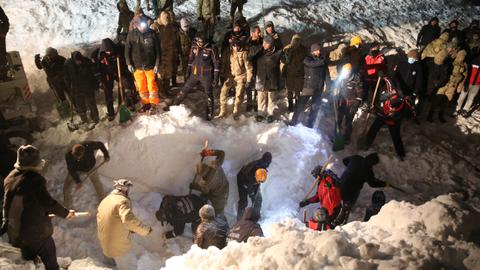 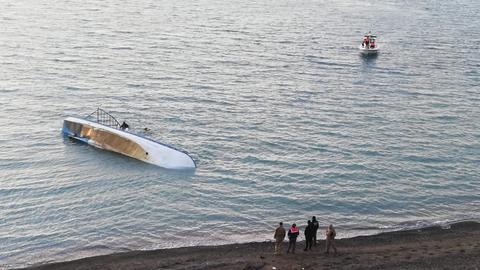