Türkiye is pleased that the new Swedish government said it will comply with the tripartite memorandum signed between Sweden, Türkiye and Finland in Madrid, says Turkish President Recep Tayyip Erdogan.

Speaking at a joint news conference with Sweden's Prime Minister Ulf Kristersson in the Turkish capital Ankara on Tuesday, President Recep Tayyip Erdogan said his country is pleased that the new Swedish government pledged to comply with the tripartite memorandum signed in Madrid.

"Sweden wants NATO membership for its own security, and Türkiye wants to see a Sweden that supports the alleviation of Ankara's security concerns," he added.

PKK/PYD/YPG, the Fetullah Terrorist Organisation (FETO), and DHKP-C terror groups "must be prevented from exploiting Sweden's democratic environment," he also said, noting that PKK terrorists should not be allowed to protest with their organisation's rags in Sweden.

It is "important" that members of FETO, the group behind the 2016 public-defeated coup in Türkiye, are extradited from Sweden, the president said, urging for more action on the matter.

Kristersson, for his part, said his country will "fully implement the tripartite memorandum" signed in June between Sweden, Türkiye, and Finland.

Stockholm understands that Ankara is fighting against PKK terror group and that Sweden wants to help with that fight, he said, adding that he had a "positive" meeting with Erdogan.

"We will take great steps towards the end of this year and at the beginning of next year, especially in the field of anti-terror legislation," Kristersson said, adding that his country will take any threat against Sweden and Türkiye "seriously."

- We understand becoming NATO member implies responsibilities to other allies
- Sweden promises to be "security provider" for all NATO countries
- Sweden will live up to all commitments mentioned in memorandum between Türkiye, Finland and Sweden pic.twitter.com/wdGILolTLN

Kristersson also noted that there is "great potential in our relationship with Türkiye" and said the two countries "can do a lot in trade and tourism."

The PKK is listed as a terrorist organisation by Türkiye, the EU, and US, and is responsible for the deaths of 40,000 people, including women, children, and infants.

The trilateral agreement that Türkiye, Sweden, and Finland signed in June stipulates that Finland and Sweden will not provide support to the PKK, its Syrian offshoot YPG/PYD, and FETO.

The deal also said Ankara extends full support to Finland and Sweden against threats to their national security.

All 30 standing NATO allies need to approve any expansion of the bloc. 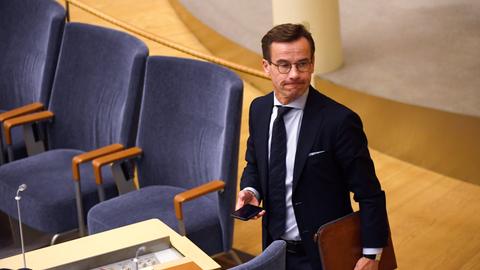 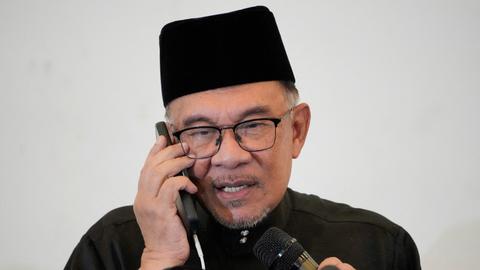