Speaking at the UN's first World Humanitarian Summit in Istanbul, Erdogan said, "If a system could not provide malaria covers, which are worth a few dollars, or simple vaccinations and watch thousands of children die, then, there is a problem in that system."

"We, leaders and responsible individuals of the international community, could be successful if we work together under joint principles and aims. First of all, we need to end current conflicts and take measures to prevent new ones in order to preclude human suffering on the earth."

Erdogan highlighted the tremendous work Turkey is carrying out not only around the world, but also within the country.

"We know very well that miseries have no colour, language, and religion. By this understanding Turkey has been carrying out aid services on humanitarian purposes and development in more than 140 countries and have implemented thousands of projects. At the same time, we host more than 3 million Syrian and Iraqi refugees in our country."

Sheltering refugees has already cost Turkey $1 billion since the start of the Syrian civil war.

Erdogan told the summit that Turkey now expects a fair sharing of the refugee burden reiterating that his country is hosting the highest number of refugees in the world.

"We've not been able to receive the necessary support and contribution from the international community on the refugee crisis, and we now expect a fair sharing of the burden."

Ahead of the opening, Erdogan criticised the West for not doing enough to help the people of war-torn Syria.

In an opinion piece published in the Guardian newspaper, Erdogan said, "The extent to which the international humanitarian system lies broken is alarming. The international community in particular has largely ignored its responsibilities toward the Syrian people by turning a blind eye to Bashar al Assad's crimes against his own citizens."

Erdogan has been one of Bashar al Assad's most vocal critics and sees his removal as essential to ending Syria's war.

According to 2013, Global Humanitarian Assistance Report, the top five worldwide donors were: 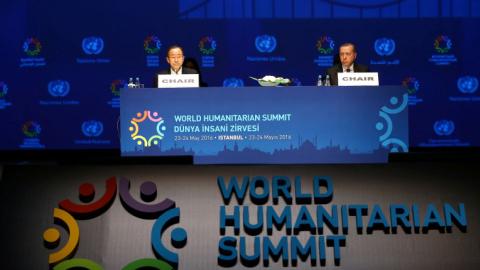 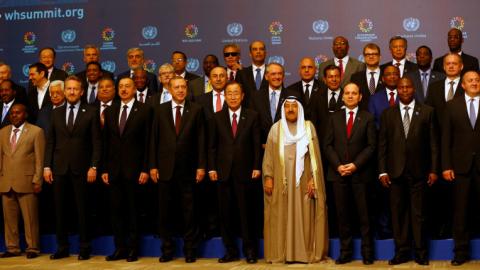