Turkish Interior Minister Soylu urged other countries to cooperate in the repatriation of their citizens who joined terror groups and to not treat Turkey as "a hotel or a guest house for terrorists" from other countries.

Germany and the Netherlands have agreed to take Daesh terrorists back to their home countries, Turkey’s interior minister said on Wednesday.

“I would like to thank two countries: Germany and the Netherlands," Suleyman Soylu said during a village guard training meeting in Turkey’s eastern Van province.

He said the two countries have shown a constructive attitude after several days of talks with German and Dutch officials. Soylu confirmed that as of Tuesday night, Germany and the Netherlands will allow the return of “Daesh terrorists with their spouses and children.”

Soylu said he expects the same cooperation from other countries in the fight against terrorism.

“We're not a hotel or a guest house for terrorists from any country,” Soylu added.

The issue of the handling of Daesh and their families detained in Syria –– including foreign members of the terror group –– has been controversial, with Turkey arguing foreign-born terrorists should be repatriated to their countries of origin.

But several European countries have resisted Turkey's efforts to send Daesh militants back to their countries.

The Turkish state has been attacked by the group numerous times since 2013, including 10 suicide bombings, seven bombings and four armed attacks which killed 315 people.

In response to the attacks, Turkey launched anti-terror operations at home and abroad, killing, injuring or capturing around 3,500 Daesh terrorists and arresting 5,500. 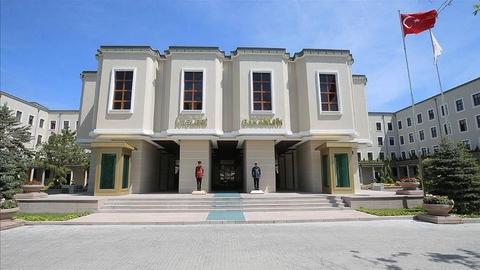 Number of repatriated foreign terrorists from Turkey rises to 21