The emir of Kuwait, the king of Jordan and the Egyptian foreign minister are among the notables confirmed to attend the Organization of Islamic Cooperation's extraordinary summit in Istanbul on Friday.

The summit of Muslim countries will focus on the latest incidents in Gaza, where over 60 Palestinians were killed by Israeli forces while they were protesting for the right to return to the homes that were taken away from them 70 years ago.

Sheikh Sabah “will leave the country on May 18 for Istanbul to attend the extraordinary summit of the Organization of Islamic Cooperation,” KUNA reported.

In the same context, Egypt announced on Thursday that it will send its foreign minister Sameh Shukry to participate in the event.

At the summit, Shukry will review Egypt’s position on the Palestine issue, the status of Jerusalem, and the humanitarian situation in the occupied Palestinian territories, according to an Egyptian foreign ministry statement.

“Pakistan believes that this summit will accord opportunity to the OIC to discuss the grave situation and to come up with a collective response,” Pakistan's foreign ministry spokesman Mohammad Faisal told reporters in capital Islamabad during his weekly briefing. 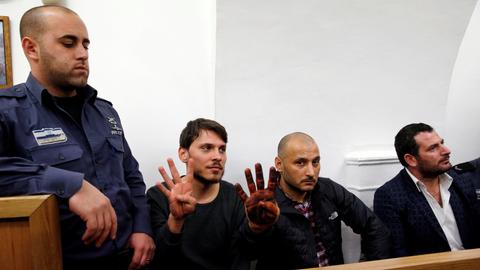