TRNC president lambasts EU ‘for its treatment of Turkish Cypriots’

Cyprus has been mired in a decades-long dispute between Greek Cypriots and Turkish Cypriots despite a series of diplomatic efforts by the UN to achieve a comprehensive settlement.

The European Union (EU) should be “ashamed” of its mistreatment of Turkish Cypriots, the president of the Turkish Republic of Northern Cyprus (TRNC) has said.

Ersin Tatar, in an exclusive interview with Anadolu Agency, stressed on Friday how some 18 years ago, Turkish Cypriots’ desire for a federal settlement safeguarded by Türkiye was rejected by Greek Cypriots in an April 2004 referendum, while the Turkish Cypriots approved it.

“We said yes to the Annan plan, they said no. They were rewarded with EU membership (in May 2004). The EU should feel ashamed of its treatment of Turkish Cypriots,” he said.

Against this long-term backdrop, he added, the partial opening of the fenced-off town of Maras on October 8, 2020 marked the beginning of a new era in Cyprus politics, one that was in harmony with the Turkish Cypriot side’s two-state policy.

“The reopening of Maras was a decision long overdue for Turkish Cypriots, who have suffered greatly under embargoes and from international isolation. We needed to take a step in response to our unjust treatment by the international community. The Maras initiative and the two-state solution policy are part of the same step,” he explained.

Tatar also said the town’s former residents should apply to the Immovable Property Commission (IPC) which is recognised as a domestic legal remedy by the European Court of Human Rights (ECHR) regarding their property there.

“The IPC has currently received 500 applications from Greek Cypriots. The Cyprus Turkish Foundations Administration has also applied to the commission seeking its property rights, which date back to Ottoman times,” he added.

Separately, Tatar issued a statement calling on the Greek Cypriot administration to give up attempts to politicise the issue of irregular migrant flows to the island.

He said he already proposed concrete measures to the Greek Cypriot administration that would enable the sides to work together on the problem of irregular migration, which concerns both sides of the island.

Tatar said his proposal also included cooperation in other fields, including co-exploitation of natural resources around the island, adding that so far they have gotten no response.

READ MORE: Erdogan: Northern Cyprus needs to be protected from all sides

Cyprus has been mired in a decades-long dispute between Greek Cypriots and Turkish Cypriots despite a series of diplomatic efforts by the UN to achieve a comprehensive settlement.

In 1974, a Greek Cypriot coup aimed at Greece’s annexation of the island led to Türkiye’s military intervention as a guarantor power to protect Turkish Cypriots from persecution and violence. As a result, the TRNC was founded in 1983.

It has seen an on-and-off peace process in recent years, including a failed 2017 initiative in Switzerland under the auspices of guarantor countries Türkiye, Greece, and the UK.

The Greek Cypriot administration entered the European Union in 2004, the same year Greek Cypriots thwarted a UN plan to end the longstanding dispute.

READ MORE: US position on arming Greece is 'questionable'

Maras, or Varosha in Greek, had become a virtual ghost town, as it was cut off from the world for 47 years. A portion of the region – some 3.5 percent of its total area – was reopened in October 2020.

Maras was abandoned after a 1984 UN Security Council resolution that said only original inhabitants could resettle in the town.

Entry was forbidden except for Turkish army personnel stationed in the TRNC.

Turkish and TRNC authorities have repeatedly urged Greek Cypriots and other citizens who own assets in Maras to apply to the Immovable Property Commission. 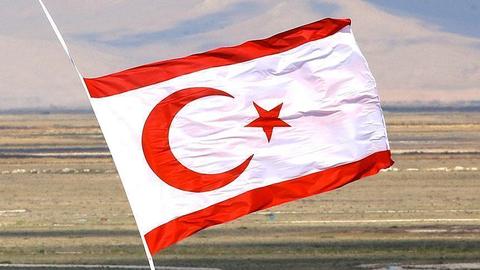