Turkish President Recep Tayyip Erdogan said during a joint press conference with Russian President Putin on Tuesday that the two countries have finalised the deal for the purchase of S-400 missile defence systems.

Ankara and Moscow have agreed on the early delivery of Russian S-400 air defence systems to Turkey, the leaders of the two countries said on Tuesday.

Speaking at a joint press conference at the Presidential Palace in Ankara, Turkish President Recep Tayyip Erdogan and his Russian counterpart Vladimir Putin said they have agreed to shorten the duration of the systems’ delivery, without giving further details.

The S-400 is Russia's most advanced long-range anti-aircraft missile system with a capacity of carrying three types of missiles capable of destroying targets including ballistic and cruise missiles.

The system can track and engage up to 300 targets at a time and has an altitude ceiling of 27 kilometres (17 miles).

Erdogan also said the number of Russian tourists visiting Turkey has reached 4.7 million people and is expected to reach 6 million next year.

"Our trade volume [with Russia] has surpassed $22 billion with a 32 percent increase, according to our calculations compared to the previous year," he said, referring to years 2016 and 2017.

Earlier on Tuesday, President Erdogan and Putin attended the groundbreaking ceremony of Akkuyu Nuclear Power Plant via a video conference call from the Presidential Complex in the capital Ankara.

Prior to the groundbreaking ceremony, Erdogan welcomed Putin with an official ceremony in the capital.

"When all four units are activated, Akkuyu nuclear power plant alone will able to provide 10 percent of Turkey's electricity needs, bringing our energy portfolio to a healthier level, which is currently largely dependent on oil, gas and coal,"

For his part, Putin said the power plant “will be safe and environment friendly” and that his country wants to activate the first reactor in 2023.

Following speeches delivered by the two leaders, Development Minister Lutfi Elvan pressed the button to lay the foundation of the Akkuyu plant in Turkey's southern Mersin province and implemented the agreement signed between the Turkish and Russian governments back in 2010.

The Akkuyu plant, comprising four units, each with a capacity of 1,200 megawatts, will be built by the Russian State Nuclear Energy Agency, Rosatom.

It will produce 35 billion kilowatts of electricity at full capacity, which will meet about 10 percent of Turkey's electricity needs.

On Wednesday, Putin, Erdogan and Iranian President Hassan Rouhani are scheduled to hold a trilateral summit in the Turkish capital of Ankara with the war in Syria topping the agenda.

Russia and Iran have been the Assad regime's key allies in Syria. Turkey backs the opposition Free Syrian Army (FSA).

Despite their differences over Syria, Turkey and Russia are forging closer ties, particularly in the economic field. 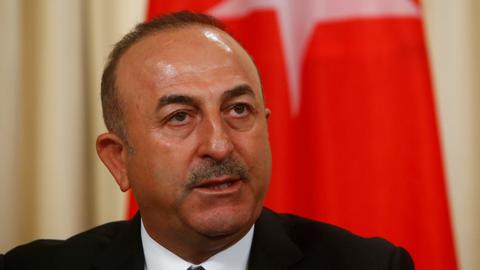 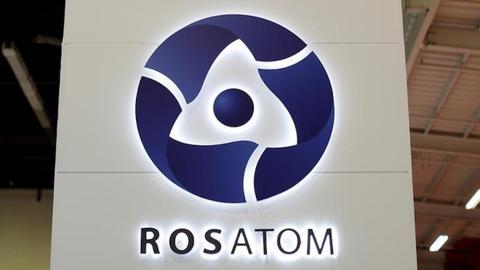